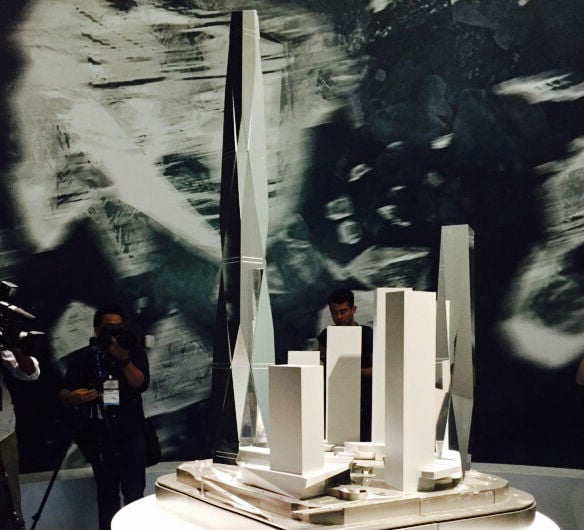 The upcoming super tall office tower in Dubai, Burj2020, has been designed to become “the diamond” of the city’s skyline, its architect Adrian Smith has revealed.

The exact height of the tower, which will be part of the new seven-structure Burj2020 development being built by DMCC, was not disclosed.

Speaking to journalists, DMCC’s executive chairman Ahmed Bin Sulayem said: “The demand will dictate how high this tower will be. At the highest it might go 700 plus metres but we are looking at a super tall tower.”

Smith, who also designed the Burj Khalifa, told journalists that the tower was being built “inside out”. It was designed to house commercial entities which typically require more solid floor space.

When asked whether they were aiming for the structure to be the world’s tallest office building, Smith’s partner Gordan Gill only said “we are hoping for it to be the best.”

He confirmed that the focus will initially be on developing the Burj2020 tower and the surrounding residential, retail and hospitality aspects will be decided later.

In terms of financing, he did not reveal any estimates but confirmed that the company would look at various options including equity and bank funding.

The new development will cater to growing demand from DMCC’s clients, Sashittal added.

“We have 107 new companies coming in every month, out of which 85 per cent are new to Dubai. So we are confident that there is adequate demand,” he stated.