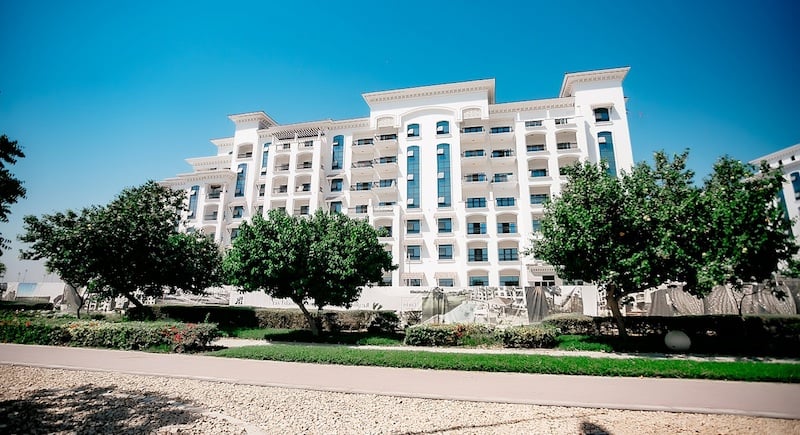 Abu Dhabi developer Aldar Properties is on track to hand over its Ansam project in Yas Island during the fourth quarter of this year, it said on Sunday.

Construction on the project is now entering its final stages, Aldar said in a statement.

Building façade works are complete and community roadworks and landscaping will follow this quarter.

The residences and common areas in various stages of completion, are on track for a phased handover to conclude by year-end, it added. All the units were sold out on the first day of launch in June 2014.

Aldar also confirmed that infrastructure and non-residential works are now “substantially complete” at West Yas, the developer’s first villa community on Yas Island, with landscaping in progress. The West Yas school, mosque and retail building have been handed over, and the majority of villas are structurally complete. 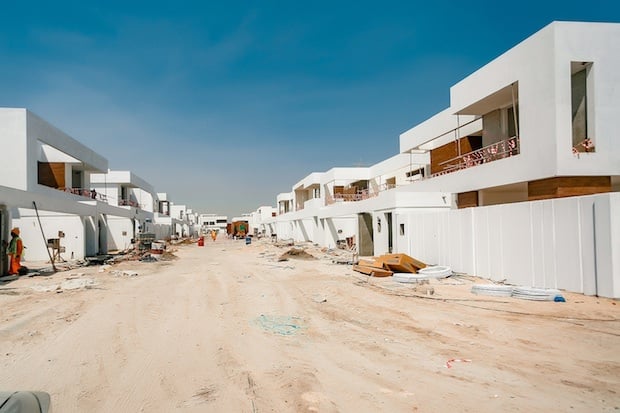 At Yas Acres, Aldar’s Dhs6bn project located on the northern part of Yas Island, the main contractor has mobilised works on site to commence construction on all infrastructure, and the launched villas and townhouses, golf course and clubhouse, mosque, retail and community clubs. The development, launched in April last year, will add 1,315 villas to the emirate when complete and is expected to be home to 15,000 residents.

In Al Raha Beach, the Al Hadeel development, which includes apartments, townhouses and duplexes, is entering its final stages of completion. Elevator works have been concluded and commissioned, while the development’s internal fit out, façade, and swimming pools are close to completion, Aldar said. Launched in 2014 and completely sold out, the project includes 223 town houses and apartments. 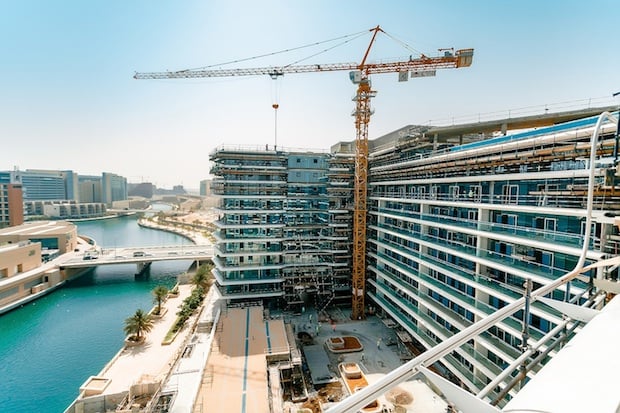 Construction is also ongoing at Reem Island with casting having reached the 20th floor at Meera, Aldar’s first mid-market development. This follows on Aldar’s recent announcement that it has finished the 2.4 km closed canal and streetscaping, while coastal work on Reem Central Park nearing completion.

Aldar also confirmed that the Al Merief project in Khalifa City is expected to be handed over in Q1 2018, with deep services having commenced, and earthworks completed. Meanwhile, Nareel Island, which located on the coast adjacent to Al Bateen and targets UAE Nationals, is on track for completion in Q4 this year.

The developer also disclosed that expansion work on its Al Jimi Mall in Al Ain in underway, with ceiling works in the food court and main atrium now nearing completion. Progress has also been made on the eastern façade and southern car park landscaping. Refurbishment of the public areas, the west extension and the north side retail park is also underway.

The expansion will add another 33,000 sqm of retail, leisure and F&B spaces to the mall, bringing total gross leasing area (GLA) to 76,000 sqm. The work is slated for completion during 2018.