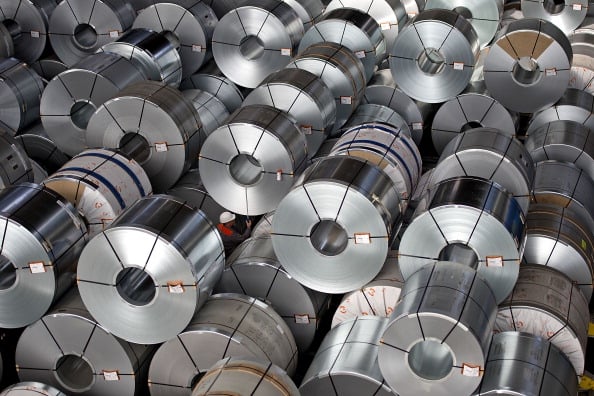 Emirates Steel, the largest steel producer in the UAE, said a tariff on imports to the United States could hurt its sales, 5 per cent of which go to the US, the company’s chief executive said on Monday.

Last week, President Trump announced that steel imported into the United States would be slapped with a 25 per cent tariff and aluminium with a 10 per cent tariff, prompting outcry from producers across the world.

“We export 5 per cent of our total exports to the United States … there will be some effect on us,” Saeed al Remeithi told reporters, without providing details.

Emirates Steel, wholly-owned by Abu Dhabi’s General Holding Corp (Senaat), exports 20 per cent of its output to overseas markets. Production totaled 3.2 million tonnes (mt) in 2017 compared with 3.1 mt in the previous year. It is aiming to increase production to 3.3 mt this year.

The company earned revenue of Dhs6.6bn ($1.8bn) in 2017, up 22 per cent on the year, and saw a 12 per cent increase in earnings before interest, taxes, depreciation and amortization (EBITDA), he said without providing specific numbers.

The UAE is investing billions of dollars in industry, tourism and infrastructure to diversify its economy away from oil. A slowing economy saw construction activity slackening in the last couple of years but a recovery in oil prices is seeing the sector bouncing back.

“Demand (for steel) has been very buoyant, particularly in Dubai and sections have been developing well in terms of the Expo (2020) in Dubai,” said Chief Financial Officer Stephen Pope.