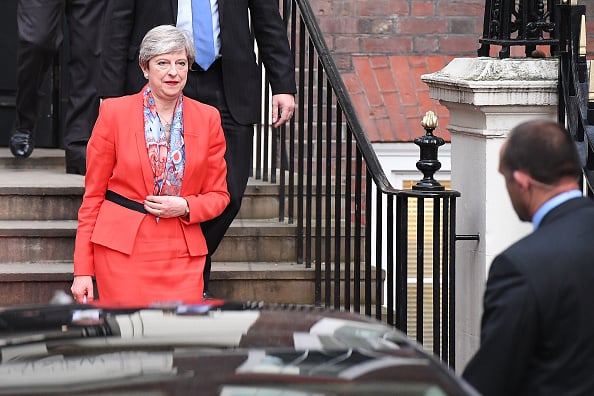 The UK’s Cabinet has discussed the listing of state oil giant Saudi Aramco as it prepares to host Crown Prince Mohammed bin Salman next month.

London is competing with Hong Kong and New York to host the international arm of the 5 per cent initial public offering, which is expected to be the world’s largest.

Mays spokesperson said the March 7 visit by the Saudi royal would usher in “a new era in bilateral relations focused on a partnership that delivers wide-ranging benefits for both the United Kingdom and the Kingdom of Saudi Arabia”.

He revealed the cabinet had discussed the Aramco listing as part of the preparations, according to Bloomberg.

It will be the Crown Prince’s first trip to the UK since becoming heir to the throne last June and enacting a series of reforms including plans to lift a ban on women driving and allowing female fans to enter Saudi stadiums for the first time.

“The visit will also provide an opportunity to enhance our cooperation in tackling international challenges such as terrorism, extremism, the conflict and humanitarian crisis in Yemen and other regional issues such as Iraq and Syria,” the spokesperson added.

Prime Minister Theresa May said the visit would provide opportunities to work together in sectors including health, education, infrastructure, recreation and tourism as part of Saudi’s Vision 2030 diversification plan.

“The visit will provide an opportunity to explore ways in which Saudi Arabia can, working with the City of London, achieve this goal and build on its investment here in the UK in sectors such as infrastructure,” she said.