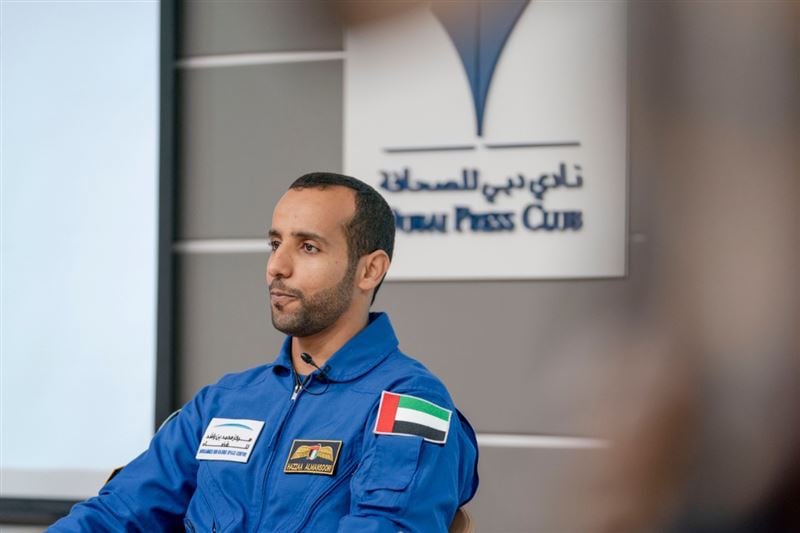 The UAE’s first astronaut Hazzaa AlMansoori has revealed how he adapted to his surroundings during his eight-day space mission and his pride at being the first to perform an Arabic video tour onboard the International Space Station (ISS).

The mission, Zayed's Ambition, is a scientific endeavour to understand more about space, human physiology, and life on Earth. In this countermeasure experiment, we studied the efficiency of different countermeasures against disturbances in the astronauts' motor activity in space. pic.twitter.com/3YLoYbp54j

AlMansoori, who embarked on UAE’s first scientific mission to the ISS on September 25, discussed the challenges of performing daily tasks in zero gravity, particularly performing daily prayers in space. He ruminated over the earth’s beauty from space and his concerns for global climate changes.

“I was mostly concerned about the importance of preserving our planet and the need to continue investing in clean energy and climate change research to improve human life on earth,” Dubai Media Office quoted him as saying.

AlMansoori was the first Arab astronaut to travel to the ISS and the third Arab in space after Saudi Arabia’s Sultan bin Salman bin Abdul Aziz in 1985, and Syria’s Mohammad Faris in 1987.

His mission ‘Zayed’s Ambition’ made the UAE the first country in the Arab region and 19th globally to travel to the ISS.

Our flag represents our ambition to achieve the impossible. Today, the UAE flag flies higher than ever before, beyond the skies.#UAEFlagDay pic.twitter.com/3e3D1sE94c

In his video tour when aboard, he reviewed the station and its various equipments as well as offered insights on the life of astronauts onboard.

AlMansoori also conducted 31 scientific experiments, of which 16 were in collaboration with international space agencies, such as the European Space Agency (ESA), the Japan Aerospace Exploration Agency (JAXA), the Russian Space Agency Roscosmos, and NASA.

“The UAE’s involvement in this sector is a very significant step that marks the beginning of the country’s participation in human spaceflights,” AlMansoori added.

Welcome back Hazza Al Mansouri after your journey as the first Arab Astronaut to the International Space Station. We are proud of your achievement and the knowledge and expertise we have gained through your trip. We have broadened the horizons of our future generations in space. pic.twitter.com/DbH7KGdbgS