by Saeed Aldhaheri and Ranjit Rajan 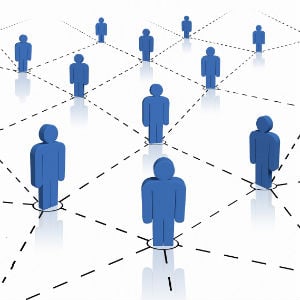 In a world where a country’s competitiveness will be defined by its ability to harness technologies such as artificial intelligence (AI), blockchain and others, national leaders will need to review and restate their visions for the future, and rapidly rally the nation to prepare itself.

The Fourth Industrial Revolution has unleashed unprecedented technological advancement globally. AI, robotics, blockchain, the Internet of Things (IoT), quantum computing, neuromorphic computing and other such technologies have provided countries with the opportunities to rapidly improve productivity, boost economic output and enhance the quality of life.

The knock-on effects for governments, industries and individuals are immense. Such change will not only be beneficial but highly disruptive. It will drastically transform business interactions, disrupting employment and testing human values and ethics. National leaders and governments will need to be able to prepare and guide their citizens as they navigate the new digital era. They will also have to figure out the role that governments need to play in this new digital nation.

The UAE has responded to the opportunities of the Fourth Industrial Revolution with foresight and commitment. The country’s leadership realised very early on that in order to compete with the best in the world in the future, it needed to harness the power of disruptive technologies.

That meant envisioning the future of the UAE as a ‘digital nation’ – one that not only utilises such technologies, but one that is constantly innovating and continuously refreshing talent. The origins of this thinking can be traced back to the UAE’s Vision 2021, which was launched in 2010 and focuses on transitioning the country’s economy into one that is based on knowledge. That means promoting innovation, investing in research and development (R&D) and embracing ground- breaking technologies. All of these were aligned to overall societal goals of improving well-being, building a world-class education system and forging a sustainable environment.

Over the past decade, the leaders of the UAE have been able to place digital transformation at the heart of the national strategy. They have been able to do this with clarity of vision and the ability to rally the nation around that vision. Supporting this vision is a long and exhaustive list of strategies, many of which have evolved over time and sometimes overlap with one another. There is the UAE Artificial Intelligence Strategy 2031, the Emirates Blockchain Strategy 2021, the UAE National Innovation Strategy, the UAE National Strategy for Higher Education 2030, and the UAE Centennial 2071 Plan, which aims to make the UAE the best country in the world by 2071.

Then there’s the UAE Strategy for the Fourth Industrial Revolution, which is focused on developing areas such as innovative education, AI, intelligent genomic medicine, nanotechnology and robotic healthcare. All in turn are supported by the National Employment Strategy 2031, which aims to boost labour productivity and provide Emiratis with the skills required.

The UAE leadership’s articulation has been unique in that it goes beyond aspirational statements and breaks it down into quantifiable, pragmatic goals. For instance, much of the reasoning behind the AI and blockchain strategies is purely pragmatic – to improve GDP growth and reduce government costs. The UAE Artificial Intelligence Strategy 2031 is aiming to cut government costs by 50 per cent via the application of AI, just as the Emirates Blockchain Strategy 2021 is aiming to save the government 77 million work hours annually and shave $3bn off the cost of processing government transactions and documents.

With its digital vision, the UAE has announced its aspiration to go beyond the region and compete at a global level. It is already ranked among the top five countries worldwide in competitiveness, according to the IMD World Competitiveness Rankings 2019.

Establishing a vision of digital transformation and rallying the nation around that vision is just the first step. After that comes the galvanisation of the private sector, the fostering of digital innovation and entrepreneurship, and the development of a talent pool capable of thriving in a digital future. These are significant challenges that need to be overcome if the country wants to realise its vision. Numerous initiatives are being taken to overcome them, but there’s a long way to go.

Saeed Aldhaheri and Ranjit Rajan are authors of “Digital Nation: How the UAE is Building a Future Based on Tech Innovation”