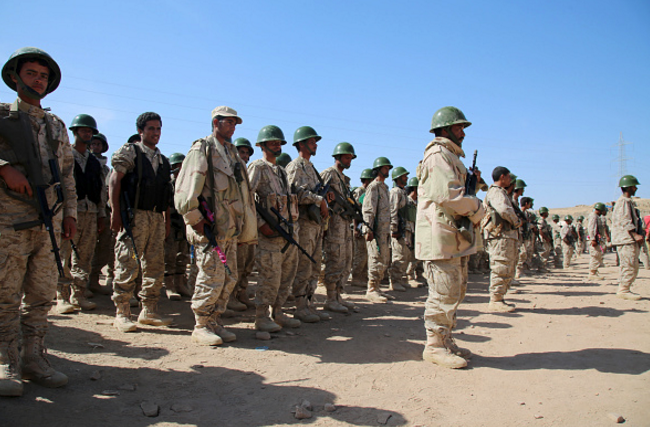 The United Arab Emirates has confirmed the death of an Emirati serviceman fighting in Yemen as part of the Saudi-led coalition.

The UAE and other Arab countries have seen casualty numbers grow in recent months as they intensify their offensive against the Houthi rebels in Yemen.

In September, at least 50 soldiers from the UAE, 10 from Saudi Arabia, five from Bahrain and four from Yemen were killed after a Houthi rocket hit an ammunition depot in Yemen’s Marib province.

The Saudi-led coalition began conducting air strikes against Houthi rebels in March in a bid to restore Yemeni President Abd-Rabbu Mansour Hadi’s government in the country.

Despite incurring heavy casualties, the UAE has reiterated that it will continue its operations in Yemen.

Last month, at a reception organised for the first batch of Emirati troops returning from Yemen, UAE’s Vice-President and Prime Minister and Dubai’s ruler Sheikh Mohammad Bin Rashid Al Maktoum told Abu Dhabi TV: “I would like to say to the Yemeni people that we will stand by them to restore the legitimate government. As soon as the legitimate government is restored our troops will return to their barracks [in the UAE].”