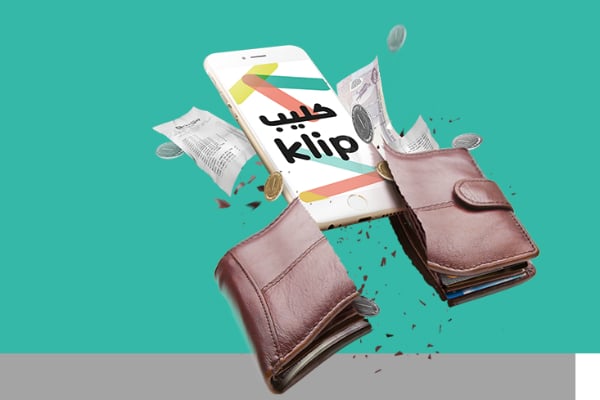 A new digital payment app backed by 16 UAE banks is seeking to make half of the country’s transactions cashless in the next five years, according to an official.

The details are still being discussed but trials could include shops within a two square block area or one type of outlet like bakalas within a wider part of the city.

“We believe strongly it will take time to get out of the mentality of cash,” said Vekinis. “We’re not going to push, what we’re going to do is use case pilots in a small geography.”

The UAE population is particularly fond of using cash for transactions, with central bank figures suggesting 75 per cent per cent of the economy is still cash-based.

However, the country has identified cashless payments as a government priority as part of its Vision 2021 goals.

The Klip app allows users to pay at outlets with their smartphone by creating an account, adding money and selecting virtual notes to give to vendors or other users. No bank account or minimum salary is required and there are no charges for domestic payments.

Pilot areas will be evaluated towards the end of this year and the company is expected to make announcements confirming locations in February or March.

These will then be expanded until the app is deemed ready for a nation-wide rollout among shops and consumers, according to Vekinis.

“We’re not going to go aggressive it’s not going to be a launch like Apple Pay, this is one step at a time, address this need and go to the next,” he said. “We will be very successful if we have 50 per cent conversion in five years”.

Consumers are being encouraged to download the free app, which launched last week, with the promise of safer transactions, an awards programme and greater convenience than having to withdraw from an ATM.

Klip is also being marketed to shops and merchants for its ability to reduce queues and cash required on site, banks for reducing staff allocated to cash management and exchange houses for the potential of quicker service and shorter lines.

Vekinis said a broader aim was to bring “dead money”, taken out of the system through ATMs but not spent, back to the economy and improve the liquidity of the banking sector.

The eventual objective is to make all transactions in the country cashless.

The app is backed by 16 banks from across the country including ADCB, First Abu Dhabi Bank, Mashreq, RAKBank, Bank of Sharjah and United Arab Bank.