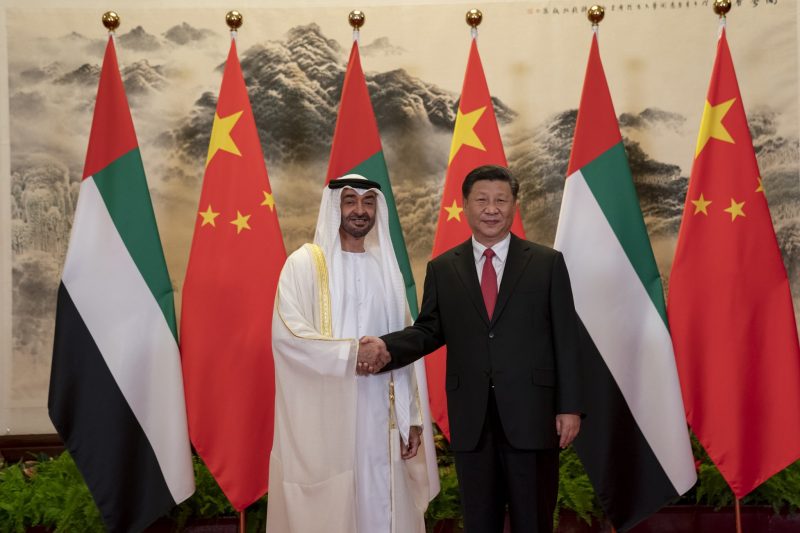 A total of 16 memoranda of understanding (MoUs) were signed during the UAE-China Economic Forum in Beijing, which began on Monday. The event, attended by over 500 participants, was held on the sidelines of Abu Dhabi Crown Prince Sheikh Mohamed bin Zayed’s visit to China.

The agreements covers defence and military cooperation between the two countries; nuclear energy; environment protection and conservation; scientific and technological cooperation, with a focus on artificial intelligence; as well as food security and farming.

Among the major agreements signed was also a deal between Dubai’s Emaar and Beijing Daxing International Airport for a $11bn project at the airport. Emaar also said it will open an office in Beijing.

Another major deal was signed between Abu Dhabi National Oil Company (ADNOC) and China National Offshore Oil Corporation to explore opportunities and collaborate in the upstream and downstream sectors.

Mohamed bin Zayed and the Chinese President witness the exchange of agreements and MoUs aimed at developing cooperation and a comprehensive strategic partnership, as well as opening new horizons for joint action in various sectors. pic.twitter.com/Mg4fVODvnM

Mohamed bin Zayed and the Chinese Premier discuss enhancing cooperation in the light of their common vision for the future of their bilateral ties and their keenness to further develop areas of partnership for mutual benefit. pic.twitter.com/1wo5Jiyemm

China is the UAE’s second-largest trading partner, with bilateral trade volumes reaching almost $60bn in 2017. That figure is further expected to grow to $70bn by 2020.

The UAE’s participation in China’s ‘Belt and Road initiative’ has further deepened the bilateral partnership, the foreign minister said.

“I believe the UAE will become a shining pearl along the Belt and Road,” he stated.