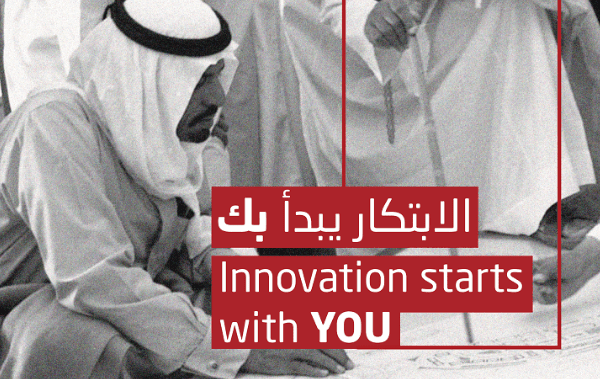 The UAE has begun its first ‘Innovation Month’, starting from Thursday, February 1.

Throughout the month of February, government departments and private sector companies are set to host a series of events in a different emirate each week.

Some 100 activities have been organised by executive councils in each of the seven emirates and hundreds of others are planned across the country.

“UAE Innovation Month is the fruit of the complementarity, synergy and collaboration between the Federal Government, the Executive Councils of the emirates, private-sector companies, and various academic and social institutions,” said minister of cabinet affairs and the future Mohammad bin Abdullah Al Gergawi.

“This makes it the largest national event of its kind in the UAE, underlining innovation’s pivotal role in forecasting and building the future.”

A full list of activities can be found on the official Innovation Month site.

Stay tuned for a month filled with innovative events and activities across the UAE in February.

The directive to expand the country’s Innovation Week initiative into Innovation Month was approved by Vice President and Prime Minister and Dubai Ruler HH Sheikh Mohammed bin Rashid Al Maktoum following the success of the second edition in November 2016, which saw 1,250 activities.

On Wednesday, the Department of Culture and Tourism – Abu Dhabi announced a series of events to begin the month including a sustainability-focussed smart truck stationed at Saadiyat Island’s culture centre Manarat Al Saadiyat from February 1-7.

Other initiatives include a robotics workshop at Zayed Library in Al Ain, a ‘collaborative animated dreamscape’ event at Manarat Al Saadiyat’s Art Studio on February 3, as well as an ‘innovation workshop’ covering the tourism and culture sector and an ‘organisational agility workshop to enhance innovation’ ‫ at Manarat Al Saadiyat’s Theatre on February 6 and 7 respectively.

The newly-opened Louvre Abu Dhabi will also host additional sensory stations in the first week and a ‘roadside gallery’ exhibition that will transform Sheikh Zayed Road into a temporary museum with 10 large boards displaying masterpieces from its collection.

Drivers and passengers will be able to hear about the works on Abu Dhabi Media Radio Stations as they approach, beginning from mid-February.

A ‘smart robot reading companion’ and a virtual reality initiative will also greet visitors at Mazyad Mall and Al Bahya Libraries during the month.

Elsewhere, the Ministry of Finance has announced a series of free events from February 23-28.

Innovation Playground – February 23/24, Rise Dubai Creek Harbour
This event will see children invited to build their own robot and artificially intelligent (AI) cartoon character. Robot and AI workshops and a DIY robotic kit that enables participants to create working robots from almost anything.

Dubai Pop Up and Mobile Schools – February 25- 28, UAE schools
A refurbished bus converted into a mobile classroom will visit schools across the country to teach students about coding, design thinking and data analytics to inspire the next generation of innovators. The bus is equipped with materials and supplies for each of the innovative crash courses.

#ShapeYourFuture: Fair for Future Jobs February 26-27, Madinat Jumeirah, Joharah Ballroom
#ShapeYourFuture is a two day event that will consist of short talks from big corporates and start-ups highlighting what jobs of the future look like and the new skills required to get these jobs.

Innovation Debate – February 27, Madinat Jumeirah, Joharah Ballroom
The ‘innovation debate’ opens its doors to all for an exciting and intense discussion around controversial innovation topics dissecting the challenges and opportunities of each.

For more information about the month read our interview with Huda Al Hashimi, assistant director general for strategy and innovation at the Prime Minister’s Office – Ministry of Cabinet Affairs and The Future.

Read: Interview: Taking innovation to the next level