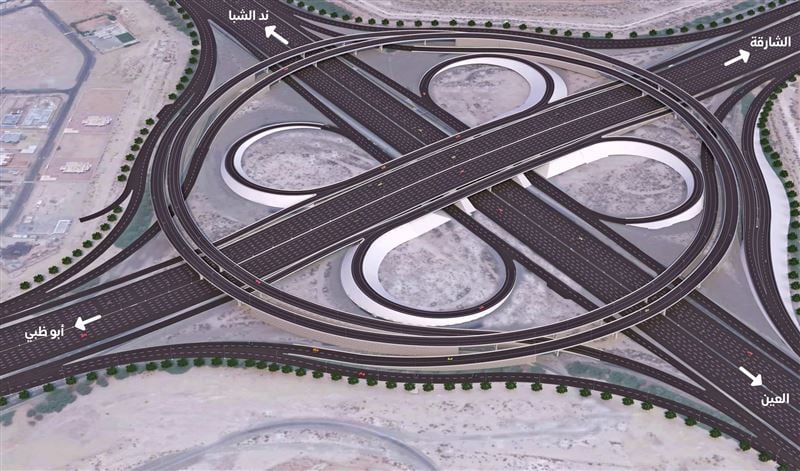 Sheikh Mohammed bin Rashid Al Maktoum, Vice President and Prime Minister of the UAE and Ruler of Dubai, has approved a project worth Dsh2bn to improve the Dubai-Al Ain road, it was announced on Saturday.

It will also serve the existing and future development projects on both sides of the road such as Meydan, Dubai Silicon Oasis, Dubailand, Liwan and Dubai Design District, a statement from the Roads and Transport Authority (RTA) said.

The improvements will result in doubling the number of lanes from three to six lanes in each direction over a 17-km sector. Works also include upgrading six interchanges as well as constructing new bridges and service roads on both sides.

“The project will boost traffic safety, enhance the road intake from 6,000 to 12,000 vehicles per hour, and cut transit time from Emirates Road interchange to Oud Metha Street from sixteen to eight minutes,” the statement said.

The project has been split into two phases.

It includes upgrading the junction with Sheikh Mohammed bin Zayed Road, which currently witnesses high traffic volumes. Works include constructing four ramps to serve traffic movement in four directions, which is planned to be completed in the first half of 2020.

The existing bridge on Sheikh Mohammed bin Zayed Road will be redeveloped to enable widening of the Dubai-Al Ain Road from three to six lanes in each direction. Service roads will also be constructed on both sides of the road.

The development of the remaining sector of the Dubai-Al Ain Road from the interchange of Emirates Road up to the outskirts of Al Ain city will be undertaken in future, the RTA said.

“The second phase of the project covers upgrading the Nad Al Sheba interchange by upgrading the existing bridge to serve the traffic from Dubai-Al Ain Road to Nad Al Sheba and vice versa, and improving inward and outward surface roads at Nad Al Sheba,” said Mattar Al Tayer, director general and chairman of the RTA.

The project will “meet the needs of urban development and demographic expansion”, Al Tayer added.