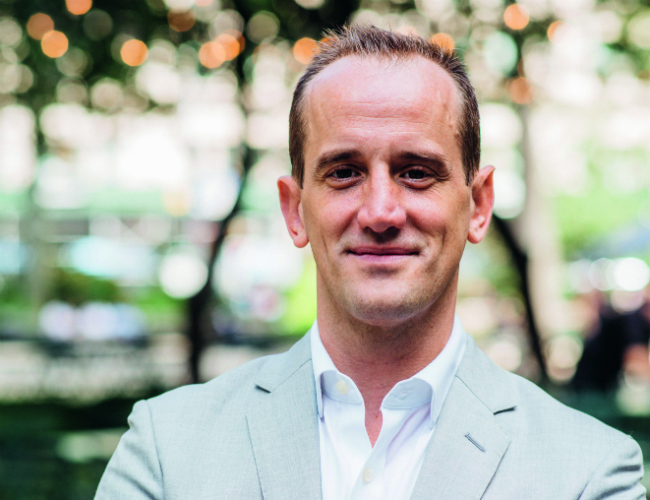 When Randy Garutti first stepped foot in Dubai the landscape was far different from the one seen today.

As he recalls, the Burj Khalifa was still under construction and he stood on what was to become the skyscraper’s iconic fountains, while the setting of our interview – Shake Shack’s Jumeirah Beach Residence outlet – was still just sand.

At that time too the company was in a construction phase of its own. Shake Shack had only just opened its second location on New York’s Upper West Side when Kuwaiti retail giant Mohammed Alshaya approached it for a meeting in 2009 to discuss opening outlets in the Middle East.

“We never dreamed we’d have a big company to begin with and we certainly never dreamed we’d be in the Middle East. But when Mohammed came, and we came to see the business that Alshaya had built, we were blown away and astounded,” he recalls.

The years since then have seen both Shake Shack and Dubai grow at blistering pace and Garutti has been there every step of the way – moving on from his role as director of operations at Shack founder Danny Meyer’s Union Square Hospitality Group to become the brand’s chief operating officer in 2007 and CEO at the end of 2011.

From its humble beginnings as an ethical food cart selling hot dogs in New York’s Madison Square Park in 2001, the company expanded its menu to burgers and milkshakes and developed a cult following that drew huge lines of hungry patrons to its New York outlets.

In the process – and through a focus on responsibly sourced ingredients and social media friendly branding – Shake Shack was credited with reinventing the burger for the modern era and drew significant interest from outside its home New York market, where it listed on the stock exchange in a $105m IPO in 2015.

“This was the beginning of the information age really and truly,” says Garutti.

“At that time people started to say, ‘you know what I really want to know where my food comes from, I want to know it’s the highest quality, but I still love a good cheeseburger and when I choose to eat that way I want it to be really good’.

“Shake Shack captured that moment and continues to and people just love the simplicity of it combined with the value and quality and hospitality.”

It was with the help of regional franchise partner Alshaya that the company opened its first international restaurant at Dubai’s Mall of the Emirates in April 2011 and it hasn’t looked back.
Today, some 33 of Shake Shack’s approximately 145 global restaurants are located in the Gulf Cooperation Council, including 12 in the UAE, eight in Kuwait, seven in Saudi Arabia, four in Qatar and one each in Bahrain and Oman respectively.

And the region has been the springboard for a growing business of international franchises that now offer the chain’s classic menu with a regional twist in the UK, Japan, South Korea and Turkey.

“We’re a pretty small company, we only have 140 Shacks in the whole world and more than 30 of them are here in the Gulf. If you think about that it’s kind of an extraordinary story that’s been a big part of our brand success,” Garutti says.

As the company has expanded its presence in the Gulf so too have other brands with more than 60 burger concepts and 300 outlets now located in Dubai alone.
But the CEO says that. if anything, this is proof that there is an appetite for burgers in the local market and he is keen to make the distinction between the brand’s offering and that of rivals.

“You’ve got to remember we didn’t invent the burger and we won’t be the last ones to make a good one,” he says.

Instead he argues it is the strength of the company’s model, encompassing good quality ingredients, service and locations, which have seen its popularity grow as traditional fast food players like McDonalds have witnessed falling foot traffic in recent years.

Garutti suggests the rise of Shake Shack and others like it is by no means a signal that fast food companies are dying; on the contrary he believes “they’re going to do quite well forever”.

But he suggests there is a difference between “the times you’re after price and after experience”, particularly among the millennial and Generation Z consumers the company resonates with.

“People are requiring more out of their daily diet but they still really appreciate a good cheeseburger so that’s exactly where we fit in.” 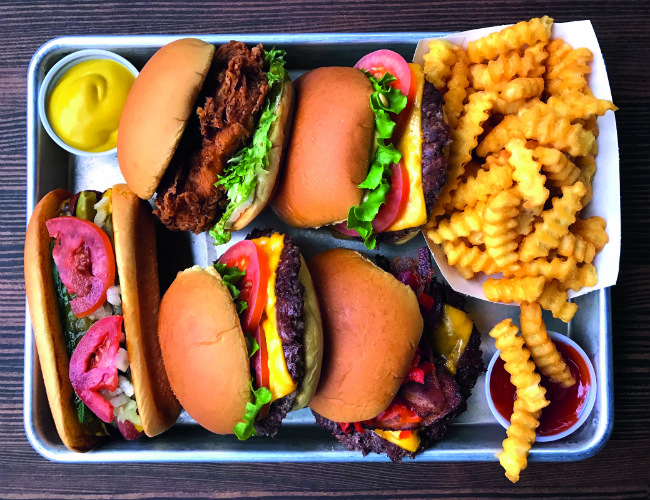 The CEO believes this attention to detail will help the brand stay relevant even as consumers in the Gulf region and elsewhere are encouraged to make more healthy lifestyle choice to tackle high rates of obesity and diabetes.

Indeed, he believes the success of the brand even in locations known for their particularly clean eating clientele like Miami Beach, Los Angeles, is a sign that people are opting for better quality burgers rather than cutting them out of their diet entirely.

But one area the company clearly feels it may need to adjust to the winds of change is in new technology.

A Shack app now available in the US allows customers to pre-order their meal and show up to collect it and the company opened its first-ever cashless kiosk concept in New York in October as a pilot project to streamline operations.

Inside, customers place and pay for their orders using digital kiosks and can even receive a text when their order is ready as opposed to being informed by a buzzer.

“It’s all kiosks, no cashiers, and really just a fantastic experience for those people who want shack to be simple and on their terms. I think you’re going to see a lot more use of technology in what we do,” he says.

“Well probably test it elsewhere, but right now it’s just a one shack experiment to learn and see how we do.”

Beyond these plans a more immediate concern for Garutti is the company’s share price, which fluctuated this year from a high of $39.45 on January 5 to a low of $30.60 at the end of August after its second quarter results fell short of some market forecasts.

Despite the volatility, the CEO describes 2017 as the “biggest year ever” for the company and a recent positive revision to its 2017 outlook in its Q3 results at the beginning of November supports this optimistic statement.

Its third quarter results also exceeded expectations with revenue up 26.9 per cent to $94.6m from an expected $94.5m and same store sales down 1.6 per cent.

This momentum has reflected positively on the company’s share price, which has since surged to $45. And the CEO expects 2018 “to be even bigger” as the company expands in the Gulf and other markets.

The firm’s preliminary expectations are to open between 32 and 35 domestic restaurants and 16 to 18 internationally franchised ones next year as it moves into Shanghai and Hong Kong, “ramps up” development in the US and launches a “couple more” outlets in Saudi Arabia – the Gulf region’s largest consumer market.

“We believe there is still a lot of growth to be had in the region but we do need to just take it slow and one at a time,” he says.

Clearly the company is not done shaking up the fast food market quite yet.