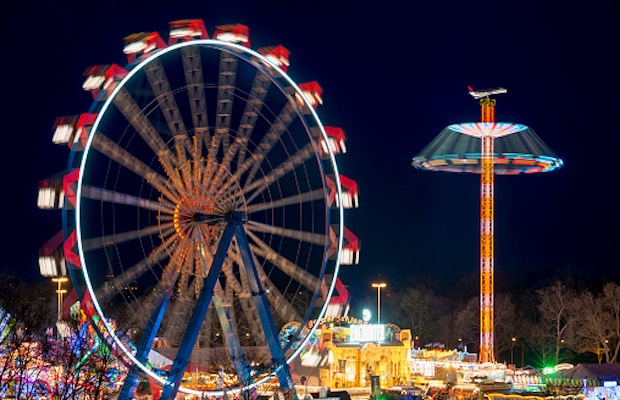 Saudi Arabia announced plans on Saturday to build a 334 sq km “entertainment city” south of the capital Riyadh, to feature sports, cultural and recreational facilities including a safari and a Six Flags theme park.

The kingdom’s Public Investment Fund will be the main investor in the project, which will break ground in 2018 and open in 2022, according to a statement by Deputy Crown Prince Mohammed bin Salman carried by state news agency SPA.

Other local and international investors will also provide capital, the statement said, without elaborating on the size of the investment.

“This city will become, by God’s will, a prominent cultural landmark and an important centre for meeting the future generation’s recreational, cultural and social needs in the kingdom,” said Prince Mohammed in a statement.

US-based Six Flags announced in June that it had begun talks with the Saudi government to build theme parks as part of Saudi Arabia’s Vision 2030 efforts to expand its entertainment sector and diversify the economy.

Chief executive Jim Reid-Anderson said later in the year that the company aimed to build three parks in Saudi Arabia, with each costing between $300m and $500m.

The Vision 2030 reform programme contains plans to shed the kingdom’s austere reputation, wean the economy off oil and create jobs for young Saudis.

But developing a leisure sector is fraught with difficulties in the Islamic kingdom, which adheres to a strict social code where women are required to wear loose-fitting robes, cinemas and alcohol are banned and public spaces are gender-segregated.