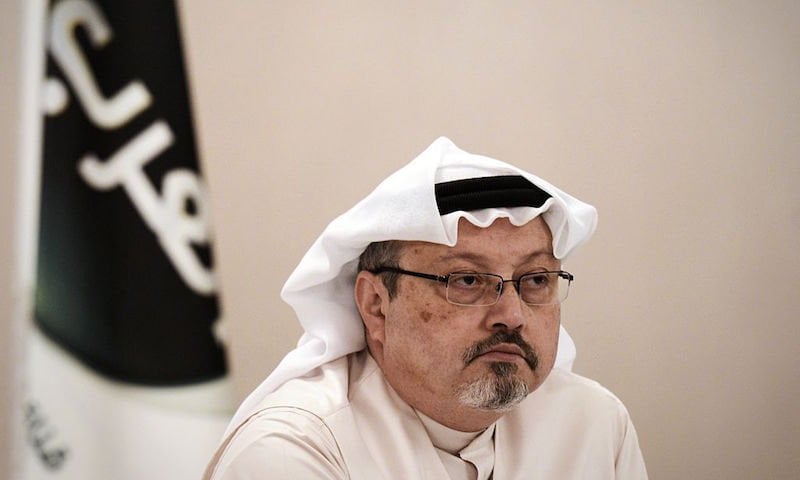 Saudi Arabia’s public prosecution said on Thursday that it had requested the death penalty for five individuals charged in connection with the killing of journalist Jamal Khashoggi as a new account of the death emerged.

The Washington Post columnist disappeared after entering the kingdom’s consulate in Istanbul on October 2.

Saudi Arabia initially said he died accidentally in a fistfight but later admitted the killing was carried out by a rogue security team and carried out a number of arrests.

The prosecution said in an update that the number of people in custody had reached 21 after three more people had been summoned.

Of these, 11 were indicted and their cases will be referred to the courts, while investigations continue to determine the involvement of the other suspects.

“The Public Prosecutor has requested the death penalty for (5) individuals who are charged with ordering and committing the crime and for the appropriate sentences for the other indicted individuals,” the prosecution said in a statement to Saudi Press Agency.

The kingdom’s public prosecutor told media on Thursday that the person who ordered the killing of Khashoggi was the head of the negotiating team sent to repatriate him, according to Reuters.

Sheikh Saud al-Mojeb said former former adviser to the royal court, Saud al-Qahtani, had been banned from travelling and remained under investigation, while the case has been transferred to court as investigations continue.

He said the location of the journalist’s body was still unknown.

The prosecution also listed a sequence of events leading up to the killing, starting with an order for Khashoggi to be forcibly returned to the kingdom on September 29 by deputy intelligence head major general Ahmed Al-Asir, who has since been relieved of his duties.

A team of 15 people was then formed to handle negotiations, intelligence and logistics related to the operation, led by a former colleague of Al-Asir with prior knowledge of Khashoggi, who had acted as an advisor to previous Saudi governments.

This individual concluded Khashoggi was in league with organisations and states hostile to Saudi Arabia and his presence abroad was a threat to the kingdom, according to the statement. As a result, the team prepared to forcibly return him if necessary with the help of a local collaborator who would prepare a safe place to facilitate the kidnapping in Turkey.

The leader of the mission also contacted a forensics expert to join the team with the purpose of removing evidence from the scene in case force had to be used. This was done without “without the knowledge” of the expert’s superiors, according to the statement.

When the team apprehended Khashoggi at the consulate they found him uncooperative and a fight ensued and he was forcibly restrained. They determined he could not be transferred to the safe house and he was injected with a large dose of an unnamed drug, which subsequently killed him, the prosecution said.

Five of those involved confessed to the killing and subsequent efforts to cover it up, according to the account.

The five dismembered the body and transferred it outside of the consulate to the local collaborator, while another person wore Khashoggi’s clothes, watch and glasses and later disposed of his belongings in an attempt to cover up his death.

The prosecution added it had identified the individual responsible for disabling the cameras in the consulate and four others that provided logistical support for the killers and a composite sketch of the local collaborator had been produced.

“The investigation concluded that the leader of the mission agreed with the negotiation group and their head (that made the decision to murder the victim and carried out the crime) to write a false report to the former Deputy President of GIP that stated that the victim had left the Consulate building after the failure of negotiating or forcing his return,” the prosecution’s account concluded.

This would appear to exonerate Al-Asir from direct involvement in the death.

Turkish foreign minister Mevlut Cavusoglu said the country was not satisfied with the account and repeated calls for the 15-man team involved to be tried in Turkey, according to Reuters.

The Saudi public prosecution also said in statements on Thursday that it had submitted formal requests to Turkish authorities on October 17, 25 and 31 to provide evidence and information “including any audio recordings” related to the case. Turkish officials are reported to have confirmed audio recordings of the journalist’s death had been sent to Western allies in recent weeks.

The prosecution said it had also asked Turkish authorities sign a special cooperation mechanism “in order to provide them with the results of the investigation; pursuant to Saudi law” and obtain relevant evidence but it was “still awaiting a response to these requests”.

Saudi Arabia has been criticised by some Western officials for its response to the killing, which some allege was carried out under the orders of Crown Prince Mohammed bin Salman.

British foreign minister Jeremy Hunt said earlier this week he anticipated “rapid progress” in bringing to justice those responsible for Khashoggi’s death after meeting with monarch King Salman and the crown prince.

Read: Sons of slain Saudi journalist Khashoggi appeal for return of his body