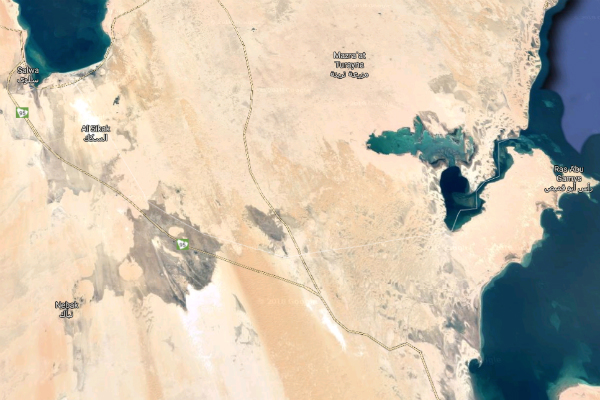 Saudi Arabia is reportedly planning to convert its part of Salwa on the border with Qatar into a military base and nuclear waste burial site amid plans for a private sector canal project separating the country from the mainland.

News site Sabq cited sources as confirming that passport and customs staff were recently told to leave Salwa and border guards are being put in place.

The site would handle waste from Saudi Arabia’s first nuclear reactors, a joint venture for which is expected to be signed next year. The kingdom plans to build 17.6GW of nuclear capacity by 2031.

A project is also now underway with Saudi and UAE private sector funding to develop a water canal that would effectively separate Qatar from mainland Saudi Arabia, according to Sabq.

An Egyptian drilling company will undertake the work, which is intended to be similar to the Suez Canal and facilitate trade and tourism along the Saudi coastline.

The plans include a 200m wide and 15-20m deep marine canal spanning 60km from Khor Salwa to Khor Al-Udayd that will be capable of handling container and passenger ships.

A consortium of nine Saudi companies has agreed to invest in the project and it is awaiting official approval, Sabq previously reported.

Once this is achieved it is expected to take only a year to complete due to a lack of difficult terrain of population areas on the proposed route. The preliminary cost is estimated at SAR2.8bn ($746m).

Resorts with private beaches are planned to extend along the canal along with five major hotels in Salwa, Sikak, Khor Al-Udayd and Ras Abu Qamees.

The consortium also envisions the construction of a port in Salwa and Uqlat Al-Zawayid along with wharfs on both banks of the canal for yachts and tourist boats and a trade zone.

The companies behind the project believe it will reduce temperatures in the area by two degrees and decreases sandstorms, according to the publication.

In combination the two projects will give Saudi Arabia control of key territory on a newly formed island. The military base will be positioned on the side of the canal closest to Qatar, which will be 1km from the border.

Saudi Arabia and Qatar have been engaged in a regional spat since last June. The kingdom, alongside Bahrain, the UAE and Egypt, has accused Qatar of supporting terrorist groups, claims Doha denies.

The Saudi-Qatar land border has remained shut since the dispute began.

UAE minister for foreign affairs Anwar Gargash said in a Tweet that Doha’s lack of response to the canal project showed its “fear and confusion” and proved its “failure to manage and resolve its crisis”.

Saudi Arabia turns to Euro-bond amid near record-low yields