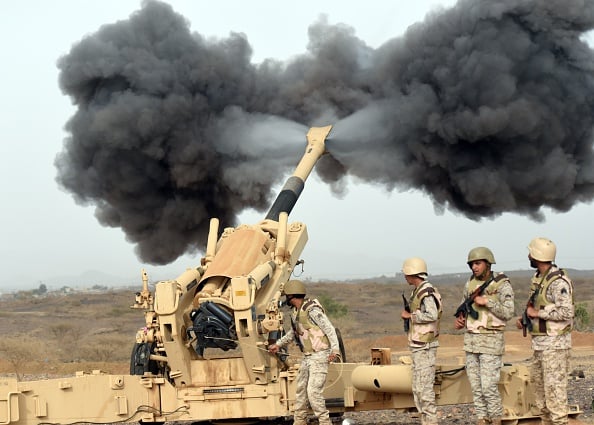 Forces backed by a Saudi-led coalition are advancing towards Yemen’s Houthi-held Hodeidah port city, long a key target, but do not plan to launch an assault on densely populated areas nearby, local officials said on Monday.

The Western-backed military alliance last year announced plans to move on Hodeidah, Yemen’s second most populous province, but backed off amid strong international pressure, with the United Nations warning that any attack on the country’s largest port would have a “catastrophic” impact.

The renewed push towards Hodeidah is taking place amid increased tensions between Saudi Arabia and regional arch-foe Iran, which are locked in a three-year-old proxy war in Yemen that has killed more than 10,000 people, displaced three million and pushed the impoverished country to the verge of starvation.

In the last week, thousands of fighters backed by the United Arab Emirates (UAE) have made advances to frontlines south of Hodeidah in al-Jarahi and al-Khoukha districts – 120km (75 miles) from Hodeidah port on the Red Sea, local officials said.

“We will avoid entering densely populated areas and we will work to isolate the Houthis by cutting up supply lines,” a Yemeni military official told Reuters.

The coalition of mainly Gulf Arab states has made gains along the southwestern coast since it intervened in Yemen’s civil war in 2015 to restore the internationally recognized Yemeni government in exile and drive back the Houthis, who hold the north including the capital Sanaa.

“All the Yemeni national resistance are taking part in the military operation on Hodeidah, along with participation from Sudanese forces,” brigadier Abdul Salaam Al Shehi, a coalition forces commander in the UAE-controlled coastal area, told WAM.

The forces – drawn from the Southern Resistance, local Tehama brigades and a battalion led by a nephew of late former president Ali Abdullah Saleh – will have to cross large swathes of densely populated Houthi-held territories to get to Hodeidah.

The Houthis are on alert and claim to have killed dozens of government forces and their allies as they prepare to repel any advance, according to Houth-run media.

It was unclear if Saudi Arabia’s Western allies, which have come under increasing scrutiny for arms sales to the coalition, have approved a renewed advance on Hodeidah, whose port receives both commercial imports and critically-needed aid supplies.

The Saudi-led coalition has accused the Houthis of using the port to smuggle Iranian-made weapons, including missiles which have been fired at Saudi cities. Iran and the Houthis deny the accusations.

Following a missile attack on a Saudi oil tanker last month, U.N. and Saudi officials said the United Nations is beefing up its inspection of ships bringing humanitarian aid to Yemen to ensure that no military items are being smuggled and to speed delivery of desperately-needed relief supplies.

Yemen is reeling from the world’s most urgent humanitarian crisis where 22 million people need vital assistance.