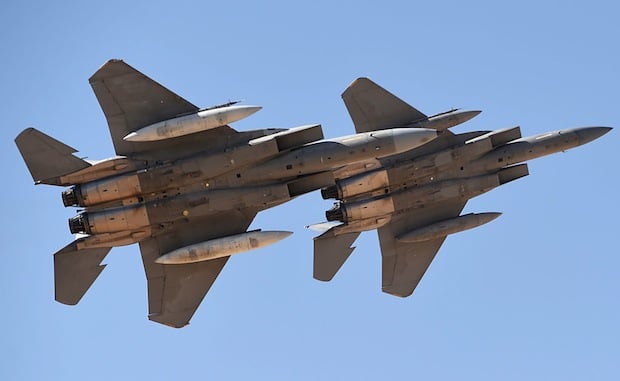 During a cabinet meeting chaired by Saudi Crown Prince Mohammed bin Salman in Jeddah on Monday, the Council of Ministers instructed the establishment of the General Authority for Military Industries.

The authority will have legal rights and “financial and administrative independence”, the report stated.

Its board of directors will be headed by Prince Mohammed bin Salman with members including the minister of energy, industry and mineral resources; the minister of finance; the minister of commerce and industry; the chairman of the board of the Saudi Company for Military Industries; representatives from the ministries of defense, interior and national guard; and three experts in the field, the report added.

The creation of the new authority comes after Saudi’s Public Investment Fund (PIF) announced the launch of a state-owned military industrial company in May, which aims to contribute more than SAR14bn to the kingdom’s gross domestic product by 2030.

The new Saudi Arabian Military Industries will seek to provide over 40,000 jobs by 2030, the PIF said in a statement.

Meanwhile the new General Authority for Military Industries has been handed 11 tasks, the SPA said. They include –

2. Managing the military procurement operations of arms, ammunition, equipment, supplies, military uniforms, maintenance and operation contracts for arming the security and military authorities in the kingdom and participating in the examination and acceptance of products and services to ensure compliance with the required specifications

3. Issuing manufacturing licences for the public and private sectors, local and external, for the establishment of military industries and complementary industries in the kingdom and establishing the relevant controls and procedures

5. Establishing monitoring mechanisms for the military industry sector and its complementary industries and following up their application

6. Managing and developing the economic balance programme for the military industries and negotiating with foreign companies to transfer technology and increase local content

8. Coordinating with the relevant authorities to match the outputs of education and technical training with the needs of the military industries sector and working to attract technical expertise to the industry

9. Developing incentives for the development of the military industry sector

10. Supporting local manufacturers by transferring technology, taking into account the distribution of projects among local companies, promoting the sector internally and externally, contributing to the rehabilitation of local manufacturers, providing infrastructure and supporting the export of domestic military products

11. Building strategic partnerships with the public and private sectors locally and internationally to achieve their objectives