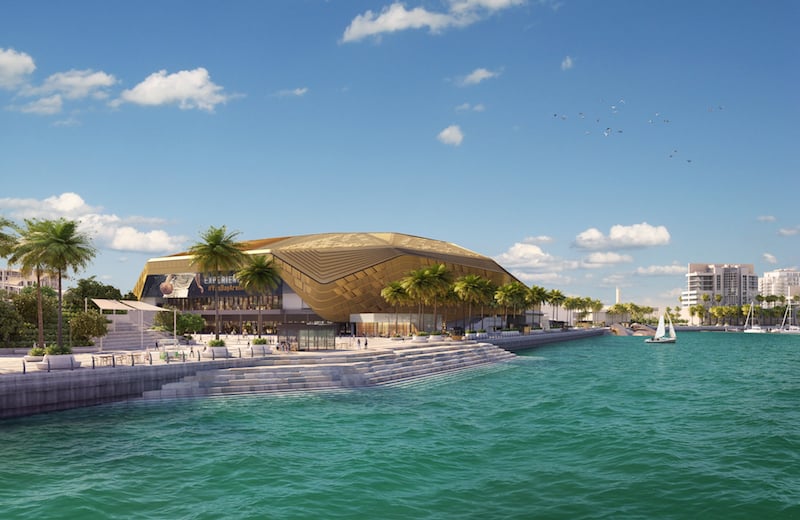 The new mega entertainment venue set to open on Abu Dhabi’s Yas Island – Yas Bay Arena – has been renamed ‘Etihad Arena’, it was announced on Wednesday.

Yas Island developer Miral said it had signed a partnership with Etihad Airways to secure exclusive naming rights of the venue, a statement said.

With a capacity ranging from 200 to 18,000 people, the new multi-purpose indoor venue will be able to host large-scale and private events including sporting competitions, corporate events, cultural performances and concerts.

It will be operated by Flash Entertainment.

Etihad Arena is part of Yas Bay, a mixed-use development located on the southern end of Yas Island.

Yas Bay encompasses three areas: Yas Bay Waterfront, the Residences at Yas Bay and twofour54. The Etihad Arena will be part of the Yas Bay Waterfront, which will also include the Hilton Abu Dhabi Yas Island, a beach club and a pier with 12 licensed cafes and restaurants, and 19 retail outlets.

In October last year, Miral confirmed that the new arena will be opened in 2020.

Although the new venue will offer facilities similar to those at Dubai’s Coca Cola Arena, which opened in 2019, officials are confident that they will not compete heavily.

“There is currently no indoor facility that can cater for the array of events or the capacity [that is required in Yas Island],” Jonathan Brown, executive director of Development at Miral said last year.

“We are going to have events throughout the year at the Arena. Currently the majority of the events are held outdoors so it limits the seasonal duration as to when they can be held,” he explained.

John Lickrish, CEO of Flash Entertainment in Abu Dhabi, said the company’s local and regional experience will ensure that it is able to attract events to the venue.

“This will be a major driver of growth for the entertainment and cultural sector in Abu Dhabi,” he said.