by Campbell Steedman and Christopher Skipper 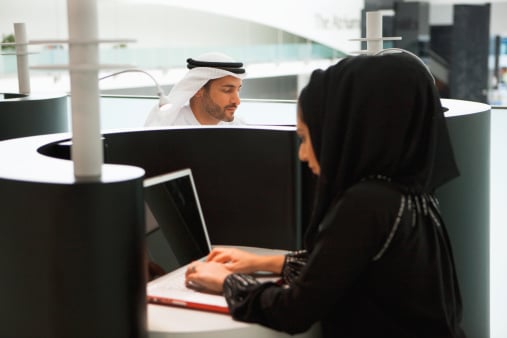 The UAE continues to make diversity and inclusion (D&I) a high priority. The federal government is viewed as a regional leader in promoting gender diversity, as evidenced by a number of initiatives it has implemented and by the high level of engagement of women in senior leadership. While these are positive indicators, there is still much work to do.

Winston & Strawn commissioned the UAE Diversity & Inclusion in the Workplace survey report in collaboration with the Global Women in Leadership (WIL) Economic Forum and YouGov to help the UAE leadership identify and address some of the remaining obstacles to increased D&I. The results illustrate the stark contrast between women’s ambition toward and their attainment of leadership roles.

Our survey found that seven out of 10 women working in the UAE aspire to leadership roles with their organisation, debunking any lingering belief that women do not want these roles. Although women’s leadership aspirations are encouraged by the most senior leaders in government in the UAE, just 4 per cent of women responding to our survey were in senior roles at VP level or higher. With both genders well represented in the survey, 15 per cent of men responding were in such leadership roles.

There are nearly four times as many men than women in senior positions, so it is clear that more can be done to ensure that a strong culture of D&I thrives in the UAE. Such clarity on an issue as complex as workplace gender diversity is rare. Typically clouded by assumptions and bias, research and hard data reveal the truth in ways observation and anecdotal evidence does not.

While the gender leadership gap persists in the UAE – as it does across global workplaces – our survey of D&I sentiment also provides cause for optimism and points a way forward that responds to the unique work environment and challenges of the UAE.

D&I is present in many workplaces in the UAE, but expectations and efforts aren’t always aligned

Our survey results showed that D&I is both an ideal that organisations strive towards as well as a practical reality in many workplaces. The data indicates high levels of awareness, communication and evidence that diversity is a strategic priority for organisations and is important to individuals. While there is wide commitment and engagement to see D&I succeed, it does not yet exist at the highest levels. This is perhaps due to a relatively young population and the newness of D&I development efforts in the UAE.

Survey respondents from the public sector and nationalised industries were more likely to regard women as being well-represented in management positions than those in the private sector. This indicates that the UAE government’s efforts to champion gender diversity in senior roles and its appointment of female leaders to high-profile positions in government and government businesses has paved the way for affecting change. These positive efforts by the government also bring workplace diversity into the public consciousness and contribute to the creation of working environments that are more welcoming and more engaging for more people.

According to our survey, just 52 per cent of women have a female mentor, compared to 80 per cent of men who responded. We found that women and men readily receive career guidance from senior colleagues, but the lack of female mentors likely hinders some women from their leadership aspirations and can be attributed in part to the decline in numbers seen among the female workforce at senior levels.

As too few women progress to senior roles in the private sector, it creates a shortage of mentors with the right experience ready to encourage others to grow. The presence of more female leaders will also counter the idea – still held by 24 per cent of women – that their gender will make it harder for them to advance in their career. It is apparent that women who express a clear desire for leadership roles in business must search much further than their male colleagues to find encouraging role models and examples of female leadership in the workplace than exist in government. 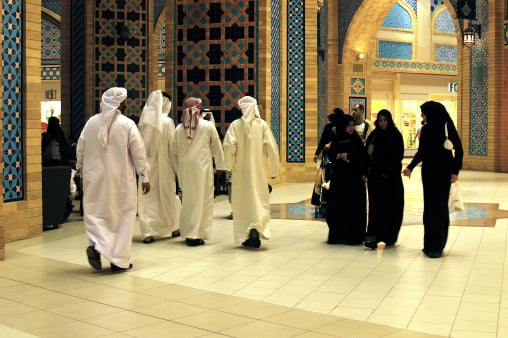 The results of our survey also hinted at three organisational traits that may help address the imbalance in gender diversity:

Our survey found that women were more likely to work in organisations offering such enhanced working conditions and favoured workplaces with a female leadership presence. Workplace flexibility was one of the stand-out results, with more than half of female respondents indicating that their workplace offers support for reduced hours, working from home or extended maternity leave. Perhaps most notable was the fact that the organisational traits that attracted greater numbers of female employees also drew more UAE nationals.

This suggests that clustering these traits may both fuel and feed greater gender diversity. Deploying workplace practices that encourage D&I have been shown to deliver a myriad of benefits, creating a more dynamic, innovative and high-performing environment. Organisations that embrace D&I also tend to have higher engagement levels, leading to a greater long-term competitive advantage.

In short, fostering opportunity, choice and environments that attract and retain talent from all backgrounds is not only critical to business success, but also offers organisations a deep yet underserved talent pool that clearly harbours great career ambitions.

In our view, the most important takeaway from the survey is that business leaders should challenge existing thinking and prioritise changes that promote and encourage real gender diversity. Forward-thinking organisations that are ready and willing to implement a structured D&I programme and adopt enhanced workplace practices will be more successful in their efforts to create advancement opportunities for women and a more diverse and inclusive workplace overall.