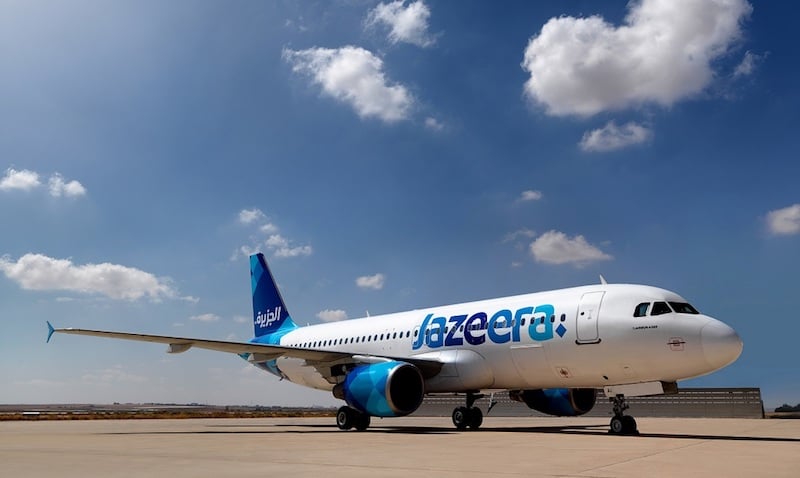 It will first begin flights to Hyderabad from November 16, followed by routes to Kochi, Mumbai and Ahmedabad by mid-December.

The airline will operate daily flights to Hyderabad departing at 6.40pm from Kuwait City and arriving at 1.5am.

Fares will begin from KD32 one way with a baggage allowance of 30kg in economy class and 50kg per passenger in business class.

Schedules for the other routes will be announced shortly, a statement said.

“India is a dynamic business and tourist destination that has shared close ties with Kuwait for many years,” said Rohit Ramachandran, CEO of Jazeera Airways.

“Stepping into a new territory is always exciting as it holds tremendous potential for our growing customer base.”

Jazeera recently launched its refurbished cabin interiors in both economy and business class on the first aircraft of its A320 fleet, together with a new livery and crew uniforms.

The airline’s complete fleet will receive the cabin upgrades by the end of the year.

Jazeera, which announced a 77.3 per cent drop in net profit during the first half of this year, is currently working on expanding its network.

The airline started flights to Baku and Doha during the first six months of the year.

It has also started construction of the airline’s dedicated terminal at Kuwait International Airport.