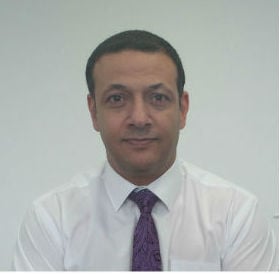 In a modern financial sphere governed by the forces of innovation, diversity and progress, brokers and banking institutions can afford no room for the absence of Islamic Finance.

Islamic Finance has its roots in concepts which are anything but novel in the Muslim community, but it was not until the late 20th Century that they were developed and adapted to the world of Western economics.

The movement gained rapid popularity in the 1970s and Islamic accounts soon became a must among reputable and prestigious financial institutions, having stemmed from a desire to invest on ethically correct grounds.

Interest, regarded as an element of social injustice in the Muslim world, is completely factored out of the equation in Islamic Finance. Today, it is not only expected of major banks to offer Islamic banking, but of major brokers to offer Islamic trading accounts too.

It’s important to note at this point that in the wake of the global financial crisis ignited by the fall of Lehman Brothers in 2008, an increasing number of traders from all ethnic backgrounds began turning to alternative asset classes, spurring the popularity of Islamic Finance even more.

According to auditing giant Ernst & Young, from 2009 up until 2013, Islamic banking assets swelled at a rate of 17.6 per cent per annum. This year is set to be a landmark year for Islamic Finance according to experts, with the movement now having transformed from what was once an esoteric asset class to what is now an entire global industry with total assets amounting to an estimated $2 trillion.

Forex Time, an international online forex brokerage, offers interest-free trading accounts by the name ‘Amanah’. These accounts are not only limited to its Muslim clientele, but available to all clients should they wish to trade without interest.

The forex industry is the largest and most liquid in the world; an industry which feeds on the fuel of innovation and progress. It’s only natural that one dynamic industry on the rise joins forces with another to achieve an end result which will cater to millions of investors on a global scale.

So, what should a trader look for in an Islamic trading account?

First of all, they should make sure that the broker they have chosen does indeed offer them totally interest-free conditions.

From that moment on, all the other elements they should be looking for are the ones any trader looks for in a reliable forex broker: transparency, regulation, free education, a variety of financial instruments, and expert market analysis.

There is no difference in how a trader using an Islamic account actually trades the markets; the same forces and elements affect the markets and rule each trading day.

Too often there is a certain confusion surrounding this matter, with newcomers to the industry mistakenly believing that if they open an Islamic trading account, they have to follow specific fundamental news or base their forex education on a different set of rules – this is by no means the case!

A financial movement based on promoting justice and goodwill is not something which was going to remain unnoticed for too long.

Year after year, Islamic Finance has proven its resilience to the global economic crisis and is now positioned in a place where it is intriguing and enticing more and more investors worldwide.

Will regulators eventually achieve an international standardization which will allow for the further development of Islamic Finance as a key component in economic growth? Time will tell.