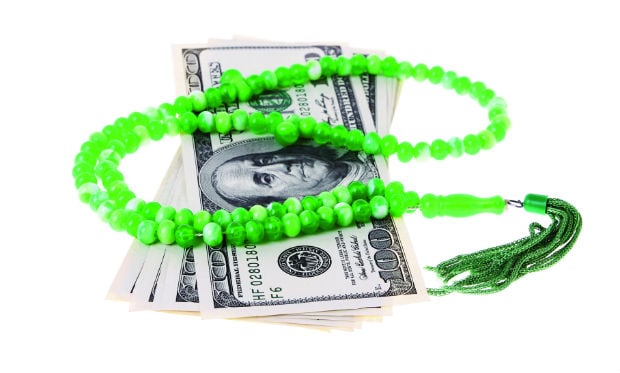 Halal consumption is a cornerstone of Islam, covering sectors as varying as food, pharmaceuticals, clothing and cosmetics.

But with countries now competing to become hubs for the Islamic economy, the industry is coming into renewed focus.

Key on the agenda is standardisation, with Malaysia, Indonesia and Dubai all looking to become centres for the Halal industry.

Dubai’s plans will see an international centre for Halal food established this quarter, with the aim of becoming a major reference point in the global
food industry.

This follows the establishment of a centre for accreditation and certification of Halal food at a local level.

“In recent times we have broadened our vision and are now working on the concept of a Halal code which aims to bring out schemes on various products and establishments,” says Farah Al Zarooni, director of Standards Department at Emirates Authority for Standardisation & Metrology.

And there is big money at stake. The global expenditure of Muslim consumers in the food and lifestyle sectors was estimated at $1.62 trillion in 2012 and is expected to reach $2.47 trillion by 2018, according to the State of the Islamic Economy 2013 report by Reuters.

The formation of a global Halal standard and regulatory framework is key on the agenda, and considered vital for ensuring the credibility and effectiveness of products.

“Integrity is the foundational building block of the Halal concept. The need is pronounced given the number of high profile global cases of meat integrity issues (eg. horse meat and pork traces in the global meat production chain) or other fraud Halal labelling cases globally,” notes the report.

In October 2013, Chinese police discovered that 22 tonnes of pork had been sold as Halal certified beef, in the city of Xi’an in Shaanxi Province.

While earlier in the year traces of horse and pork DNA were found in meat products in the UK labeled as Halal.

Given such illegal practices and the small and fragmented nature of institutions on the Halal food supply chain, ensuring Halal compliance while keeping up with demand is a challenge.

“Strict Halal regulations, along with an increasing consumer demand for Halal products, have resulted in amplified pressure on food manufacturers. These challenges are compounded by strict animal welfare requirements both by regulatory bodies, and from consumers,” says Dr Habib M’Nasria, quality systems director at McDonald’s Middle East and Africa.

In recent years pressure has also been placed on companies sourcing Halal food to make sure the slaughter process is as quick and painless for the animal
as possible.

It takes little time to find posts online condemning the practice, labeling it ‘cruel’ and ‘barbaric’, while movements in some countries like Poland have banned religious slaughter altogether under animal welfare laws.

Others groups, like PETA Asia Pacific, cast doubt on the Halal compliance of food products.

“Halal products are often mislabeled. The eating of pigs, carnivorous animals, and blood is forbidden by Islamic law, but did you know that these are in many meat and dairy products that claim to be Halal?,” the organisation states on its website.

“Investigations into the sources of Halal meat have also uncovered many unacceptable abuses and instances of neglect. Animals sent to slaughter arrive beaten and bruised, sometimes with open wounds. Knives are often not properly sharpened, resulting in much pain and suffering as the animals’ necks are sawed and hacked at,” another paragraph reads.

Such claims work against the Halal meat sector; with M’Nasria admitting rumours can be “problematic” for the industry, “resulting in increased consumer skepticism and unfounded misperceptions”.

All of McDonald’s products in the GCC are prepared according to strict Halal procedures, he says, with the company ensuring 100 per cent supplier eligibility before adding any source to its approved suppliers database.

“To qualify as a McDonald’s meat supplier, organisations must adhere to social responsibility policies on aspects concerning animal welfare, food safety measures compliance, animal feed, and above all, Halal.

Steps suppliers must follow include making sure animals are given vegetarian feed and slaughtered by hand by a Muslim or a worker under the observation of a Muslim supervisor. Pork, of course, cannot be handled on any of the meat suppliers’ product lines at any time.

These were sourced from across the world, with beef coming from farms in Australia and Brazil and chicken from farms in Brazil, Thailand and Malaysia.

Given the global nature of the supply chain for many Halal products, it comes as little surprise that GCC economies are looking to pay closer attention to the ‘Halalness’ they claim. Among them, the UAE cabinet recently approved a scheme for Halal food.

“The requirements of such a scheme ensure that food, ingredients and processing are not only Halal but the Halalness is maintained throughout the supply chain. There are requirements for the labels also. Further safety, hygiene and quality are integral aspects of the Halal products,” says Al Zarooni.

A second phase for Halal cosmetics is set to follow.

An often forgotten aspect of the Halal market is cosmetics, with the global market estimated to be worth around $8 billion and average growth of 15 per cent annually, according to KuicK Research.

There is also significant potential for growth, with sales of Halal cosmetics products expected to surpass $20 billion by 2020. Asian, Middle Eastern and European markets are set to drive demand, with the latter in particular expected to emerge as one of the key markets for Halal products besides Muslim dominated consumer markets.

“The actual market potential for Halal cosmetics products is more than twice of the current market estimates but due to absence of large number of companies offering Halal cosmetics products, lack of awareness and absence of single standard for Halal certification is restraining the market from growing exponentially,” says Neeraj Chawla, research head at KuicK Research.

In the GCC the Halal cosmetics market is estimated at $2.8 to $3 billion, with Saudi Arabia ($1.8 billion) and the UAE ($300 million) dominating the market, according to KuicK’s Saudi Arabia and UAE Cosmetics Market Opportunity analyses.

While compliance to Islamic rules and culture remain the main reason for the acceptability of halal cosmetics among Muslim consumers, non-Muslims are drawn to them due to naturals appeals and their alcohol and pork free product offering.

There is also a growing market for men, despite cosmetics being traditionally considered a female market. The male halal cosmetics market in the UAE is estimated at $80 million and further expected to reach close to $200 million by 2020, providing a boost to Halal cosmetics overall.

“Male cosmetics that were traditionally confined to deodorants, shaving creams and hair gels are giving way to more specialised products as well. Hair styling and health spas for men are rapidly emerging and offer luxurious services in the UAE,” says Chawla.

Regional companies are increasingly aligning their product lines to meet rising demand for halal cosmetics, but there is also a need for more multinational involvement, he argues.

As the opportunity presented by the global Halal market becomes clearer, competition is heating up.

Malaysia is positioning itself as an international Halal player, with the country carving a niche as a key producer and exporter of Halal products, according to a recent report by Oxford Business Group (OBG).

The country’s Department of Islamic Development (JAKIM) is bidding to have its M1500:2009 Halal standard adopted as a global benchmark and has already given 73 organisations – 57 NGOs and 16 government bodies – permission to use its certificate, verifying the traceability of ingredients.

Malaysia exported $9.7billion worth of Halal products in 2013, making it one of the largest suppliers in the Organisation of Islamic Cooperation (OIC) and its domestic producers have been urged to seek new opportunities beyond their borders, according to OBG.

It has also attracted international investment with US food giant Kelloggs announcing plans to build a $130 million Halal facility in January and dairy company Nestle planning to expand its operations by opening a plant in Shah Alam in mid 2014.

Indonesia, home to the world’s largest Muslim population, also revealed plans in October to establish a centre for the Halal industry by 2015. The country boasts the highest value food consumption market at $197 billion, according to the State of the Global Islamic Economy Report.

Elsewhere, reports also suggest that Pakistan is preparing to make its Halal food industry compliant to international standards, while more than 25 per cent of food factories in Thailand are now participating in Halal production, according to OBG.

Such stiff competition and a reported target of 10 per cent of the global market share for its international Halal centre in the next three years, means Dubai will have its work cut out.

But with a trillion dollar opportunity available, Halal is not an opportunity to be ignored on the road to becoming an Islamic economic hub