Etihad Airways is accelerating its progress towards climate-neutral operations. It has signed a key contract with Satavia, a UK-based green aerospace firm, to expand the scope for contrail management within its daily flight operations.

The contract was signed at the World Future Energy Summit (WFES) at ADNEC, Abu Dhabi.

The contract also incorporates an agreement to collaborate on the generation of future carbon credits from contrail management activity.

The partnership builds on a previous proof-of-concept engagement signed in November 2022.

We have signed a ground-breaking contrail management contract with @SataviaUK that builds on previous proof-of-concept engagement to expand the scope for contrail management within day-to-day flight operations. Read more here: https://t.co/kp6gPf9lxh#ADSW @ADSWagenda

The impact of contrails on the environment 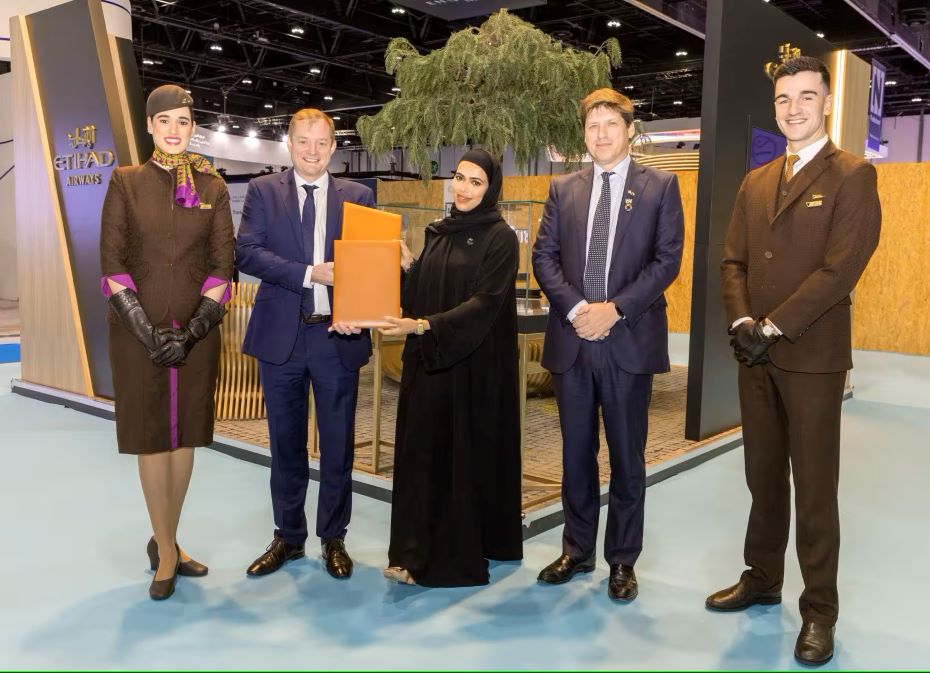 “In 2022 alone, Satavia technology has enabled us to eliminate thousands of tonnes of carbon dioxide equivalent climate impact. We are delighted to sign this pioneering contract with Satavia at WFES, signaling our intent to tackle aviation’s non-CO2 impacts with cutting-edge science and ground-breaking technological innovation.”

In addition to enabling contrail management in day-to-day flight operations, Satavia conducts climate impact analysis for conversion into future carbon credits to be shared with Etihad.

Dr Adam Durant, Satavia CEO and founder said: “By implementing minimal changes to a small percentage of flights, eco-conscious operators like Etihad can eliminate most of their non-CO2 climate footprint with little to no impact on day-to-day operations and on shorter timescales than other green aviation interventions.

“We are excited to expand our partnership with Etihad, applying best-in-class science to tackle aviation’s significant non-CO2 climate impacts. By implementing contrail management across their flight schedules, Etihad will once again blaze a trail for sustainable flight operations.”

The British Ambassador to the UAE, Patrick Moody, said “Satavia’s ground-breaking software helps reduce jet contrails – a major part of aviation’s climate impact. I am delighted that Satavia has signed a contract with Etihad.  This is a great example from Abu Dhabi Sustainability Week of the shared innovation and commitment by UK and UAE companies to tackle climate change.”

In November last year, Etihad Airways and World Energy, a carbon-net-zero solutions provider, announced the signing of a historical Memorandum of Understanding (MoU) to establish a long-term strategic partnership to decarbonise flights through in-sector emissions reductions.

Earlier in October, the first Etihad Airways flight to use Sustainable Aviation Fuel (SAF) took off from Tokyo Narita airport.

The EY871 flight, which departed Tokyo Narita at 3pm, was the result of a partnership in which ITOCHU Corporation provided Neste MY sustainable aviation fuel to Etihad, making the carrier the first international airline to procure SAF in Japan.