The line in the last package of Stage Two passes through one of the most difficult geographical areas due to the mountainous terrain surrounding it. It has 54 bridges and 20 animal crossings. It also has nine tunnels which extend over 6.9 km along Al Hajar Mountains and includes the longest tunnel in the GCC for heavy cargo, which extends over 1.8 km.

As it works towards the completion of the rail network as per the set schedule, Etihad Rail will continue the track-laying works in Fujairah within the upcoming weeks. 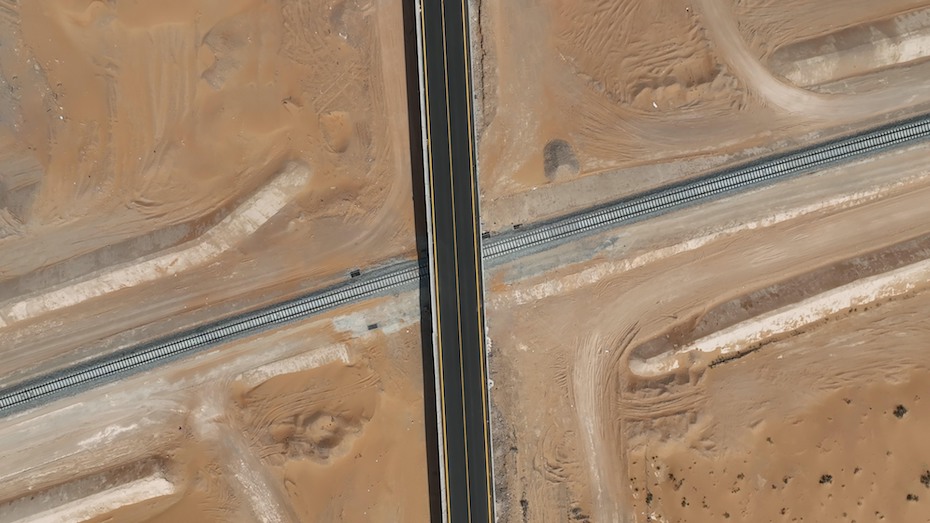 The last package of Stage Two of the Etihad Rail project, which runs for 145 km from Sharjah to Fujairah port, passes through Ras Al Khaimah. Etihad Rail commenced track-laying operations of the package in May.

The line in Sharjah extends over 45 km and is part of the last package of the project, which is 145 km in length. Connecting the emirate to the main line recorded more than 11.7 million work hours in 25 months. Around 2,900 workers and engineers took part in the project, which involved the track laying works and running quality checks for the new line.

The line in Ras Al Khaimah, which extends over 5.7 km and connects the emirate to the main line, recorded more than 1.3 million hours in 25 months, by around 350 workers and engineers.

We have achieved significant progress with the network expansion by successfully connecting the Emirates of Sharjah and Ras Al Khaimah to the UAE National Railway Network’s main line. With the completion of this milestone, pic.twitter.com/XTSfcVSb6E

Engineer Khuloud Al Mazrouei, deputy project manager at Etihad Rail, said: “We have made remarkable strides by completing the main works for the UAE National Rail Network and connecting it to the main lines in Sharjah and Ras Al Khaimah, bringing us closer than ever to completing the network on schedule and achieving our objective of providing an efficient and sustainable transport network that links the country’s emirates, and connects the UAE with the region.”

“We are also proud to witness this step further drive the success of Etihad Rail in developing the strategic national project, particularly after the consecutive achievements that we have made, most recently connecting the railway freight station in the Industrial City of Abu Dhabi (ICAD) with the main line of Etihad Rail,” she added.

Recent developments
Earlier in September, Oman Rail signed an agreement with Etihad Rail to jointly establish Oman-Etihad Rail Company. The “equally-owned” company will have access to an investment of $3bn to design, develop and operate a railway network connecting Sohar Port to the UAE National Rail Network.

Air Arabia to launch new route to Namangan in Uzbekistan