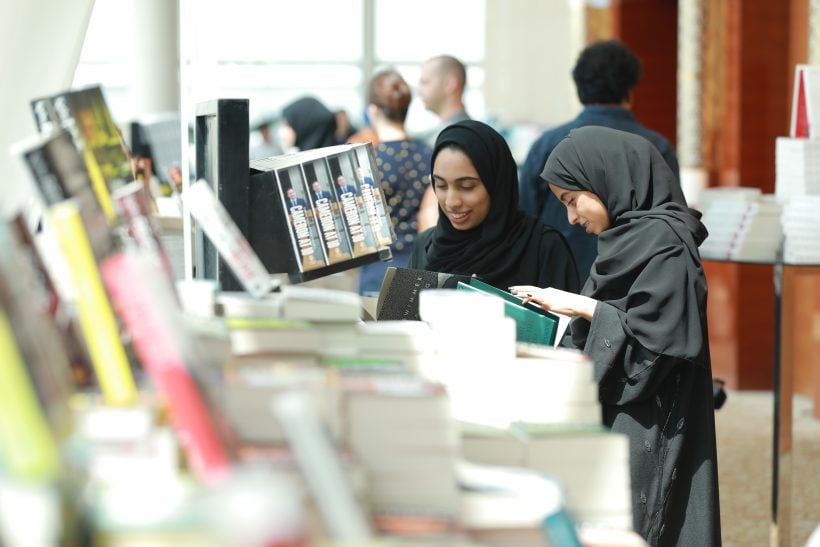 The 2019 edition of the Emirates Festival of Literature has been given a Wonkaesque twist, with organisers announcing today that five lucky finders of five golden tickets will be granted unlimited access to the festival’s sessions and events, plus a host of other prizes.

Worth a total of Dhs20,000 ($5,445), the golden tickets are evocative of the prize tickets that Willy Wonka hides in chocolate bars in Roald Dahl’s classic children’s novel, Charlie and the Chocolate Factory.

As well as entry to all sessions, the tickets will also grant the finder entrance to exclusive festival experiences, a Montegrappa rose gold plated pen with an 18K gold nib worth $1,000, and free access to all Dubai museums throughout March, courtesy of Dubai Culture.

The festival runs from Friday, March 1 until Saturday, March 9.

Announcing the initiative at a press conference on Monday morning, festival director Ahlam Bolooki revealed how seekers can claim the coveted golden tickets.

“One golden ticket can be found at the end of a treasure hunt through Festival City, with the first clue available on our website,” she said.

“The treasure hunt starts today and is open until February 24. There will also be a chance to win a golden ticket on the Helen Farmer show on Dubai Eye radio, and this is also launching today.

“The remaining three golden tickets can be bought through the festival’s website at the cost of Dhs20,000.

“The tickets give you a VIP experience. You can go to any of the sessions or special events, attend the evening events and sit in the reserved seating, go straight to the front of the book signing queues, join in some exclusive author-only events, and receive a beautifully hand-crafted rose gold Montegrappa pen.

“Courtesy of Dubai Culture, and in celebration of the month of reading, golden ticket holders and one companion will get free access to all the Dubai Museums throughout March. It’s a dream gift for any bookworms or festival fans.”

New additions, from space to tolerance

The director also revealed a new addition to the programme on the first day of the festival. The first ever Emirati astronauts will make their first public appearance in a session about the UAE’s Mission to Mars. The duo – Hazza Al Mansouri and Sultan Al Nayadi – will discuss the evolution of the UAE’s space programme, the approaching Mission to Mars, and the launch of the mission’s official book , The Race to Space: The Story of the Mohammed Bin Rashid Space Centre.

In keeping with the UAE’s Year of Tolerance, organisers also announced details of a Beyond Tolerance strand to the festival. Specially curated sessions will take place, using the Year of Tolerance as the starting place for a series of discussions.

Bolooki added: “Beyond Tolerance sessions will look at what is meant when we talk about tolerance, what sort of values we are look for in a just and compassionate society, and how identity is shaped, and how we represent identity, different backgrounds and perspectives in literature.”

A recording booth from audiobooks company Storytel will record words of tolerance from festival visitors, with the best contributions to be included in a LitFest audio file, which will be available to download for free from Storytel.

This year’s festival is held under the theme ‘United by Words’, and will feature nine days of talks, workshops, discussions and events with more than 170 authors from around the world.