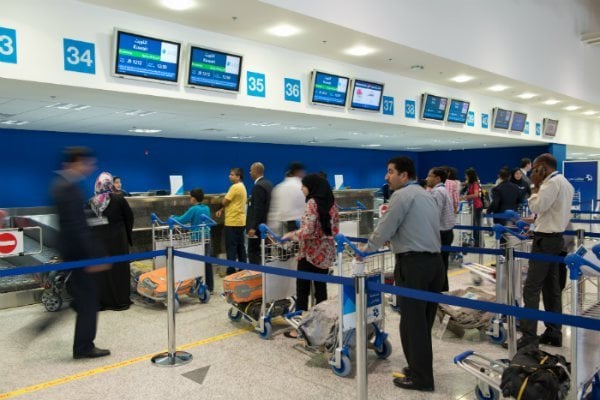 Emirates, Etihad Airways and Qatar Airways said on Saturday they will allow passengers barred by President Donald Trump’s executive order to board U.S.-bound flights after a federal judge blocked the move.

U.S. Customs & Border Protection (CBP) has advised them they can board travellers from seven Muslim-majority countries and all refugees who had been banned under the order, the airlines said.

“Acceptance will naturally be subject to checks completed by U.S. authorities as existed prior to the issuance of the Executive Order on 27 January,” an Etihad spokesman told Reuters in emailed comments.

Air France, Spain’s Iberia and Germany’s Lufthansa also followed suit after the federal judge’s ruling, which the White House said it planned to appeal as soon as possible.

Trump’s suspension on the entry of nationals from Iran, Iraq, Libya, Somalia, Sudan, Syria and Yemen, and all refugees caught airlines off guard, with some carriers forced to re-roster flight crew in order to abide by the order.

After a federal judge late on Friday temporarily lifted the ban barring the entry of refugees for 120 days and Syrian refugees indefinitely, the U.S. State Department said on Saturday that officials “expect some refugees to arrive Monday.”

Refugees do not usually enter on weekends, an official said, as the department hews to a strict set of rules on how their admissions are processed.

Other travelers from seven Muslim majority countries affected by President Donald Trump’s week-old curb on immigration can rework their flights after the judge’s order, as long as they have valid visas.

However, Trump said the Justice Department will win an appeal filed late Saturday of the judge’s order.

“We’ll win. For the safety of the country, we’ll win,” he told reporters at his private Mar-a-Lago resort in Palm Beach, Florida, shortly after the Justice Department filed a notice that it intends to appeal the order.

Trump’s personal attack on U.S. District Judge James Robart in Seattle went too far for some who said the president was undermining an institution designed to check the power of the White House and Congress.

“The opinion of this so-called judge, which essentially takes law-enforcement away from our country, is ridiculous and will be overturned!” Trump said on Twitter early on Saturday.

Trump has said “extreme vetting” of refugees and immigrants is needed to prevent terrorist attacks.