As part of the three-year exclusive performance-based logistics (PBL) contract, Gal will support the AFAD with their operational readiness while providing safety and flexibility.

Gal is part of the Mission Support cluster at Edge, which ranks among the top 25 military suppliers in the world.

Khalid Al Breiki, president – Mission Support, Edge and managing director of Gal said: “This agreement is testament to GAL’s continued growth and overarching goal of delivering innovative solutions to meet complex MRO and supply chain requirements. At a time when safety and security are of the utmost importance, it is a privilege to serve our nation and to contribute to the mission readiness of its air force.”

The QX-5 and QX-6, modern vertical take-off and landing (VTOL) drones, and Rash 2H, a high-precision guided munition system – all designed and manufactured in the UAE – were unveiled at the event. 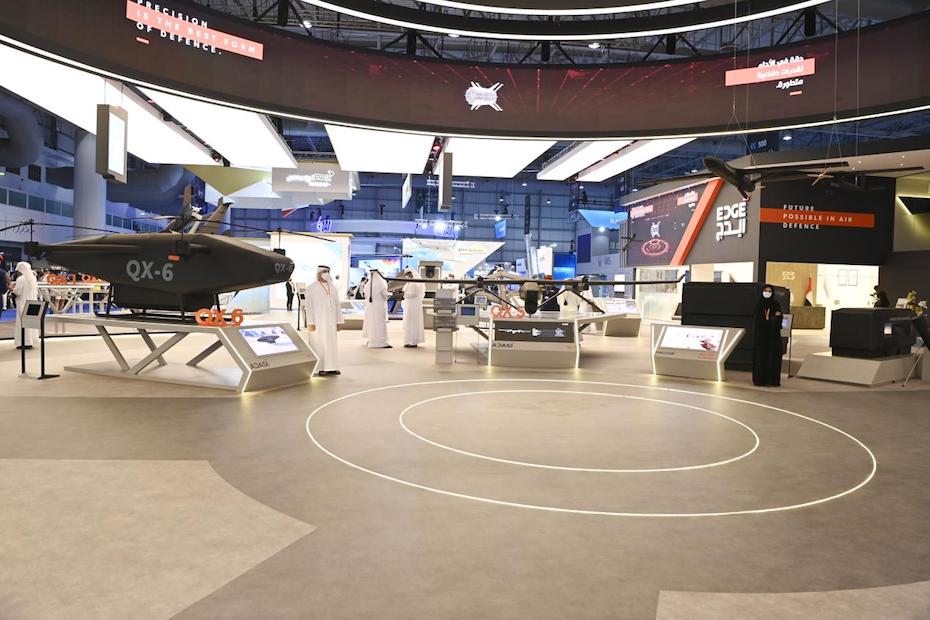 Built for intelligence, surveillance and reconnaissance (ISR) applications, border security and other military operations, QX-5 is a fixed VTOL UAV that has an extended endurance of 16 hours, with a 25kg payload capacity. Featuring autopilot and communication systems, the tactical drone can be utilised in multiple mission scenarios.

Meanwhile the QX-6 is a VTOL UAV featuring cautopilot and communication systems to perform missions autonomously without the need for remote control. QX-6 has an extended payload of 150kg to enable it to deliver cargo to remote and inaccessible locations. Depending on payload configuration, the system has an endurance of up to four hours, and can be leveraged for both military and commercial applications.

Rash 2H is a high-precision guided munition system capable of engaging small-to-medium-sized threats. Featuring the highest payload in the Rash family, the system is ideal for patrol missions, border security, and targeting high-value threats. Due to its laser designation system, Rash 2H ensures accurate target acquisition and tracking for both day and night operations, a statement said.