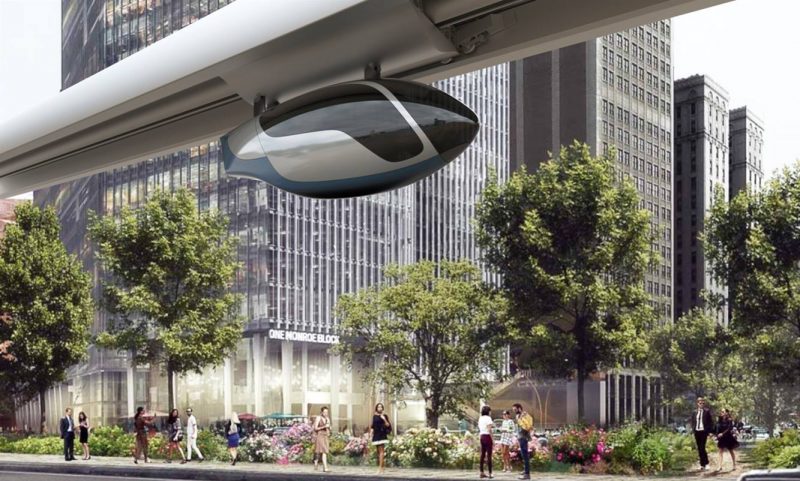 Dubai’s Roads and Transport Authority (RTA) has signed a memorandum of understanding (MoU) with skyTran, a global company specialised in the development of suspended transport systems, it announced on Sunday.

The move is part of the RTA’s efforts to introduce driverless mobility in Dubai and expand the public transport network to keep pace with the sustained growth of the city.

The RTA said it is teaming up with global specialist firms to develop “advanced public transport technologies capable of attracting more riders by offering them safe, fast and luxurious transit experiences, besides curbing traffic congestion in the city”.

“It will enhance the integration of public transport systems, which in turn will boost the economic growth, attract more investments and improve the standard of living in Dubai,” said Abdul Mohsin Ibrahim Younes, CEO of Rail Agency at RTA.

The RTA is already developing the Sky Pods project operated by Maglev technology, which will feature a suspended transit system that will link spots such as the Dubai Financial Centre and Downtown Dubai with Business Bay.

Passing through the Happiness Street and running up to City Walk, the transit system will use tracks extending 15km in length.

The project has 21 stations and the capacity to transit 8,400 riders per hour per direction. With rail-supporting structures extending along the track, the project will maintain design harmony with the Dubai Metro stations.

The RTA is currently undertaking its self-driving strategy which aims to convert 25 per cent of total mobility journeys in Dubai into driverless journeys by 2030.