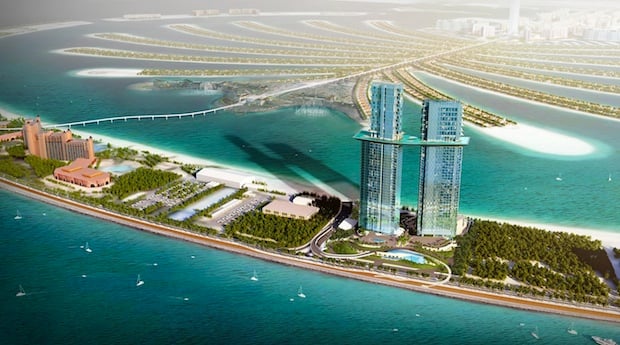 When finished, the project is set to be the tallest structure on Dubai’s palm-shaped island and will host 125 hotel rooms and 331 residences managed by Accorhotels’ Raffles brand.

Among the key features will be what is claimed to be the world’s largest sky pool, connecting the two towers 170m above the ground.

There will also be 16 penthouses spanning up to 12,000sqft with their own infinity pools, gyms and home theatres.

Nakheelis assessing groundwork preparation bids for the site after releasing a tender in March.