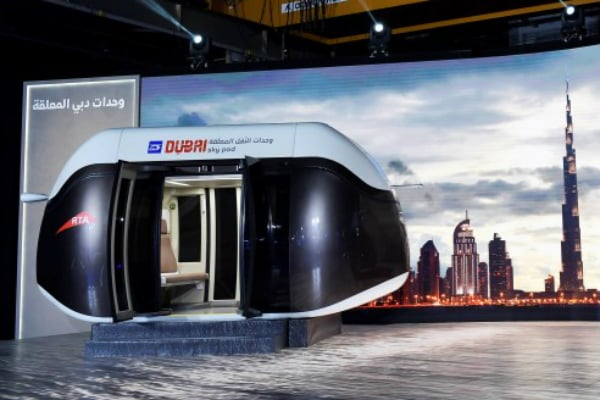 Dubai’s Roads and Transport Authority (RTA) has showcased a new transport concept with the aim of improving the efficiency of travel in the city.

The Dubai Sky Pods are aimed to bring autonomous travel to daily commuters, while taking up 100 times less space than conventional transport.

They are also claimed to require fives times less power than electric vehicles and 10 times less infrastructure than current systems of the same capacity.

The first is called the Unibike, which has a lightweight body and steel wheels to operate on suspended rails. Each pod can accommodate one to five passengers and travel at a top speed of 150kmh, with a maximum capacity of 20,000 riders per hour.

The second pod design is the Unicar, which is designed for journeys of up to 200km. The Unicar can travel up to 150kmh and transport around 50,000 riders an hour. 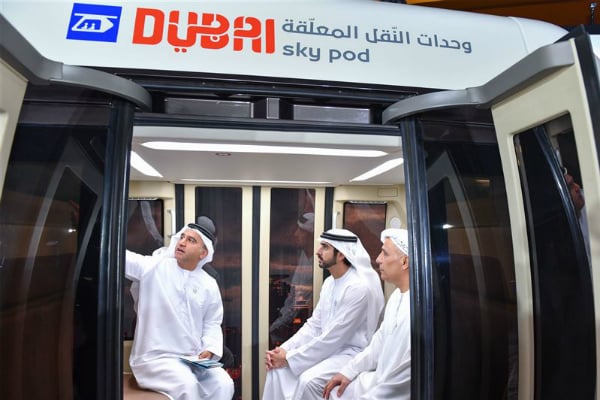 The unveiling comes as the emirate trials its first automated taxi service in partnership with Dubai Silicon Oasis and DG World.

Dubai aims for 25 per cent of transport journeys in the city to be conducted by autonomous means by 2030.

Other technologies showcased by the RTA included an automatic grinding machine to restore and realign rail tracks, a Range Rover Evoque convertible limo and the Dubai Taxi limo bike