Dubai tourist traffic increases 10.6% in the first half of 2017 - Gulf Business 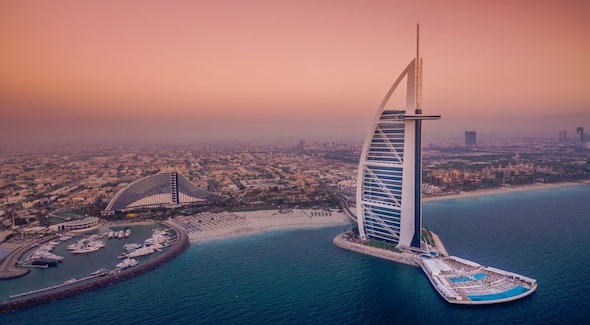 Dubai has recorded a 10.6 per cent increase in overnight visitors in the first half of the year, following double-digit growth from a number of source markets.

The Department of Tourism and Commerce Marketing (DTCM) said the emirate welcomed 8.06 million visitors in the six months to June.

This included more than one million travellers from Dubai’s largest source market, India, which crossed the milestone after a 21 per cent increase in traffic.

Saudi Arabia and the UK remained the second and third largest feeder markets with stable performance for the former and 4 per cent growth for the latter.

However, the most noticeable growth was seen in Chinese and Russians visitors after citizens from both countries were given visa-on-arrival access to the UAE over the last nine months.

There were also increases from all other source markets in the top 10 with the exception of Oman, which saw a 30 per cent fall in visitor numbers.

On a regional level, Western Europe contributed the most visitors at 21 per cent, followed by the GCC at 19 per cent, South Asia at 18 per cent, the Middle East and North Africa at 12 per cent, North and South-East Asia at 11 per cent and Russia, CIS and Eastern Europe at 7 per cent.

The Americas contributed 6 per cent, Africa 4 per cent and Australasia 2 per cent.

“We are extremely pleased that Dubai has sustained the momentum of growth we achieved in the first quarter to deliver a strong double-digit performance through H1 2017, setting the stage for continued acceleration in tourism volumes and GDP contribution this year,” said DTCM director general HE Helal Saeed Almarri.

During the six-month period Dubai reached 678 hotels with 104,138 rooms, an increase of 5 per cent year-on-year.

However, DTCM said occupancy during the period increased 1 per cent to 79 per cent and occupied rooms nights stood at 14.53 million from 13.77 million last year.

The emirate is aiming to attract 20 million visitors a year by 2020 from nearly 15 million last year.