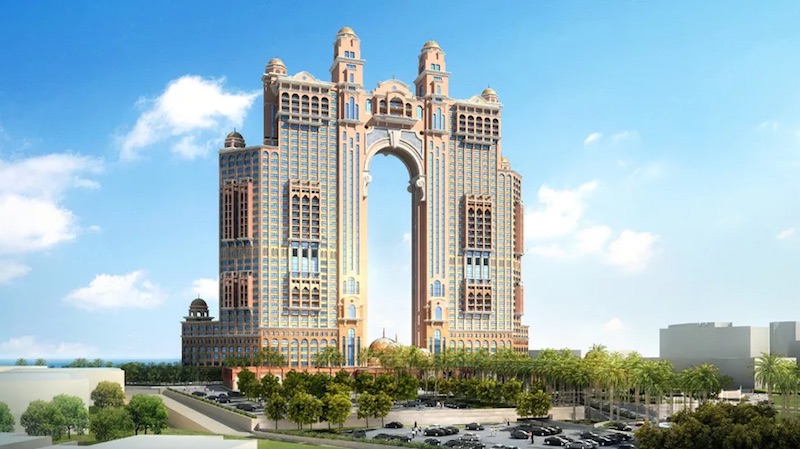 Dubai contractor Drake and Scull International (DSI) has announced that it will proceed with its Dhs233m contract for the Mechanical, Electrical and Plumbing (MEP) works for the Fairmont Abu Dhabi hotel and serviced apartments.

The contract was initially awarded in July 2013, with the work scheduled for completion by June 2015.

However, the works have not yet been undertaken.

The Dhs1bn development, spread across 178,000 sqm with a water frontage, was originally slated for completion by 2016, but has faced delays.

The project consists of a 39-storey tower comprising 563 rooms in the five-star hotel and 249 serviced apartments.

It also features a network of sea water canals where guests can travel in specially designed Arabic boats.

As per the original plan, the luxury hotel will also feature 13 F&B outlets, a spa with 15 treatment rooms, a 930 sqm swimming pool complex and a beach club with fitness centre and sauna.

In a statement, DSI said the project is now scheduled for completion and handover in 2018.

DSI has been hard by the depressed construction market in the region and in its second quarter results, reported a 12 per cent decrease in losses to Dhs199m and an 18 per cent decline in revenue to Dhs660m.

However it has been restructuring operations and earlier this week confirmed that it had sacked CEO Wael Allan, who was appointed to the role less than a year ago.

The company also said a capital restructuring programme was set to conclude as scheduled in the third quarter.