Cover story: Why Emirati entrepreneur Mahmoud Bartawi is confident on the future of healthy dining

Mahmoud Bartawi did not grow up with a garage of fancy luxury cars paid up for and ready to whiz him across the streets of Dubai. Although the son of a prosperous Emirati businessman, he had to earn money the hard way.

“My father never gave me any money to launch anything. I actually had to work part-time jobs when I was in university. While that is common in other parts of the world, it is not the case here. I was fortunate to be one of those people who had that opportunity. And I think that gave me independence,” the young businessman says.

Sporting a T-shirt and jeans during our chat, Bartawi blends into the image of a ‘new-age entrepreneur’. He’s extremely candid both on- and off-record and visibly zealous about what he does. Having worked at several banks, Bartawi honed his skills in the financial world. Bartawi’s entrepreneurial itch began when he felt “policies” in his corporate role did not offer him the flexibility to serve his customers the way he – or they – deserved and expected.

“My drive, to find a better way to do things, would come into clash with policy. Policy is what is set up by corporations to have people work within the box. I always felt that my drive to serve my customer was above and beyond the limitations set by my job title, my position and sometimes by experience. I felt like I could do better, like I could go the extra mile. And I think for anyone to have a successful drive and to do something that they’re passionate about, it needs to be something that’s done for themselves first,” he says.

Having introspected, Bartawi recognised that his passion lay down a different path. 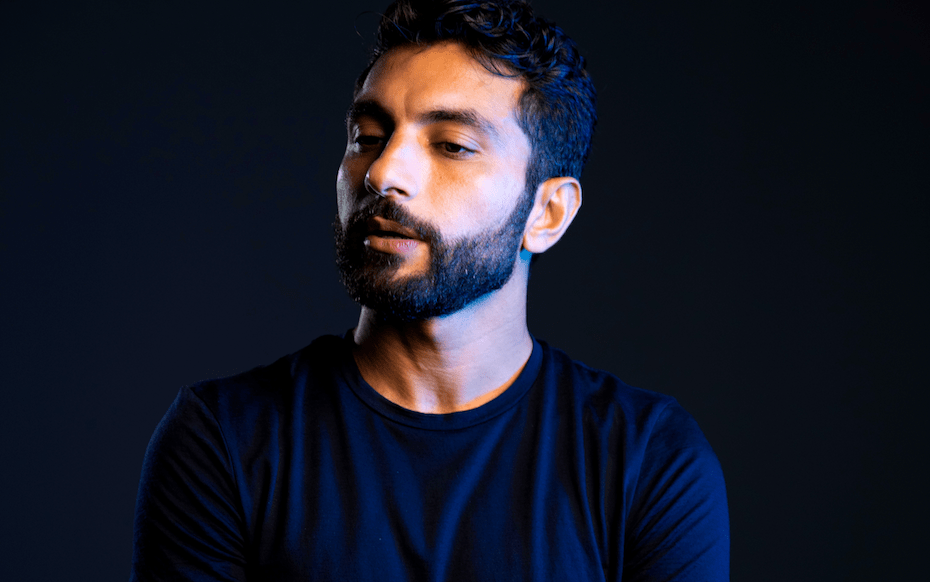 “I recall going on early morning walks with my father, at 5.30am along the beach, where he would speak to me about various things including the need to stay fit and healthy. He taught me some very important life lessons on those morning walks. He would talk to me a lot about food, about how there is a cure for everything in nature, and he told me about his walks and how he stayed young by doing them. And these things, they really began to shape the way I looked at things,” he says. “The morning walks with him taught me to be independent and to be health conscious.”

As someone who was always scouring the city for healthy food options, Bartawi found a gap in the market for discerning diners. “At the time, people would consider healthy food as hospital food which did not taste good. So I thought to myself, what if I created a restaurant that was for healthy food but also food that tasted really, really good. What we ended up doing was getting an Italian fine dining chef and pairing him with a nutritionist who calorie-counted these tasty dishes, and we launched a brand called Under500. That was the first brand that we launched. I was the first consumer of the product and seeing other people enjoying it only motivated me to dedicate more time towards it. I kept my bank job – obviously when you’re used to a fixed income, it’s very hard to just quit and try your passion. But after two-and-a-half years, we were able to create a business where I was able to quit my job and start doing the thing that I enjoyed doing. We believe that everyone should be eating healthy and that’s the reason we did that business.”

That the healthy food industry across the region is booming is hardly surprising. Over 50 per cent of consumers surveyed across the GCC “ate healthily”, at the very least during the week, KPMG’s 2019-2020 GCC Food & Beverage report found. To meet growing demand, some F&B operators ventured out with new health food concepts, while others altered their menus to include vegan and vegetarian options. “Though still not a major opportunity, the trend should not be overlooked by operators today,” the report stated.

Another report by Frost & Sullivan also highlighted the increased shift towards the healthy eating space – specifically in Saudi Arabia and the UAE. By the end of 2020, the health and wellness F&B market in this region is estimated to have reached $14.56bn at a compound annual growth rate (CAGR) of 10.9 per cent, the KSA and the UAE’s Health & Wellness Food & Beverage Industry Outlook 2020 found. Just the UAE and Saudi Arabia, combined, account for nearly 85 per cent of the GCC health and wellness market. “Proactive efforts by the GCC governments have formulated regulations to enhance awareness about healthier food that provides medical benefits because of the recent upsurge in incidences of lifestyle disorders in the region, such as cardiovascular, bone and joint disorders, and diabesity (the combination of diabetes and obesity),” said Satvik Jaitly, Chemicals, Materials and Nutrition consultant at Frost & Sullivan.

“We expect the next five years to be critical, with the health and wellness F&B market becoming more mainstream thanks to rising consumer awareness influenced by social media and connected consumers.”

The report also highlighted the trend towards calorie-counting as well as the need for operators to accurately understand consumer behaviour to better increase their reach within the market.

Bartawi and his team started Under500 – which as its name suggests offers food that is less than 500 calories – with just two outlets in 2016. “It was very challenging. I even remember doing deliveries to customers myself sometimes because there wouldn’t be a bike. But the experience was something that helped me grow,” he recalls.

Following its launch, the brand expanded via franchising, even signing on 20 units in Saudi Arabia. The company also tied up with cloud kitchen platform Kitopi as one of its first brands, expanding to the UK and the US and launching multiple virtual healthy food brands. This  turned out to be a key decision for its future.

An exit strategy is always an important aspect of any entrepreneurial venture – whether that takes a few years or decades. Bartawi deliberated on his exit plan and managed to cash out of his business last year.

Kitopi, which has received several rounds of funding since its launch in 2018, announced in February 2020 that it was able to support Under500 “double its revenue year-on-year and scale internationally”. After it raised $415m in a series C funding round in July 2021, it announced in November that it was investing in five regional F&B operators as part of its next phase of growth, including Under500.

“The decision to invest in brands has come following our conviction that in a post-pandemic world, operating, growing, and scaling brands have become increasingly complex,” the company said in a statement. “The new strategy will allow brands to leverage Kitopi’s proprietary technology and infrastructure to grow at an accelerated pace while preserving the customer experience.”

Bartawi remains tight-lipped about how much he sold the business for, but says the amount was eight times Under500’s EBITDA. “I think the vision for Kitopi was always for them to acquire their brands and towards the end, that’s exactly what they did. They raised the money and they’re going to develop  numerous new kitchens – and hence it makes sense for them to reduce paying out royalties and just buy out their brands. I can proudly say that Under500 is one of the top brands with the highest retention on Kitopi, and I think that has to do with it being healthy. I think there’s still a gap in the market and there’s a lot of healthy food brands coming out. I see huge growth in this space and the reason we sold Under500 was to actually create an aggregator where we can have a place for this community of new and existing healthy food restaurants to connect with a group of healthy eaters. It’s a niche platform that’s going to become the next big thing, in my opinion.”

Bartawi has already created a team and started to develop his “next baby”. Called Mealzap, the platform is a niche food aggregator for healthy food brands where users can choose from a pre-set plan or customise their own meal plan. The platform will offer the ability to filter dishes by allergies and preferences such as vegan, low-carb and keto. In the backend, its machine learning AI-based platform will study user choices and create algorithms that will support customised options.

Mealzap is set to launch in the UAE in the second quarter, with initial plans to operate in the Emirates, Saudi Arabia and Kuwait. “Why we chose to launch in those markets is because they have among the highest obesity rates in the world. So roughly 31 per cent of the population is obese. Obesity is linked to heart disease and many problems, so I want to support people in this region to become healthier,” Bartawi explains. The growing number of cloud/dark kitchen concepts tailored towards the healthy space is also another driver to begin the brand in these markets, he adds.

He is also clear that the long-term plan remains to go global. “I think the world needs more healthy eaters and more healthy brands to come together. People who are not healthy must start looking at it as something important. We are at this age in time where everything is accessible, and this should be at the top of the list. My vision is to serve healthy food. I think that selling Under500 has allowed me to further realise my vision, because I can now create a platform where I can bring together all the healthy food restaurants for people looking to go healthy. It is much more challenging, but I think it’s also much more satisfying to know that I’m solving a bigger problem.”

His own vision mirrors that of Mealzap: “My father passed away in 2010 but I’m hoping that in my personal journey I can shape the lives of my children, my friends’ children and everyone that I meet. I think there’s no reason why someone should not be eating healthy. It’s all about the awareness. And this is the right time. I am really looking forward to seeing change. And that would only motivate me to go further.”

Clearly, his new menu is ready.

Find a problem that’s big and create a business that can solve it. A business is basically a gap between a problem and a solution. If it’s a small problem that you’re trying to solve, then it’s not that valuable.

Start spreading your idea, whatever it is that you’re passionate about. As an entrepreneur, you are always scared that someone copies your idea. In reality, it is only if everyone is trying to achieve the same thing that the problem will be solved. But for that, ideas need to be discussed. If someone was going to take it and do it themselves, it’s good for them. But usually, if you’re the most passionate one in the room, it’s you who would attract the most passionate people and achieve the goal.

Look at your time – what is the thing that you spend most time on?
I know that there are people who spend their time in music and others who spend time playing football and they all become really good at what they do. And if that thing can address a big problem, you will attract a team that is also passionate to join you.

Kitopi launches its first kitchens in Bahrain and Qatar