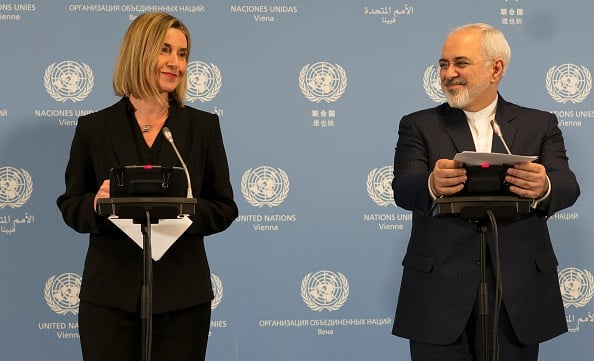 The landmark nuclear accord signed between Iran and the six world powers has come into effect after the United Nations confirmed that Tehran had complied with the requirements of the deal.

In a statement on Saturday, the International Atomic Energy Agency said that inspectors on the ground “verified that Iran has carried out all measures required under the Joint Comprehensive Plan of Action to enable Implementation Day to occur.”

This paves the way for the IAEA to begin verifying and monitoring Iran’s nuclear-related commitments under the agreement and “verify that they are peaceful”, it added.

International sanctions on Iran have also been lifted as agreed under the deal signed in July 2015.

“All sides remain firmly convinced that this historic deal is both strong and fair, and that it meets the requirements of all,” Mogherini said in a joint statement with Iranian foreign minister Mohammad Javad Zarif in Vienna.

“This achievement clearly demonstrates that with political will, perseverance, and through multilateral diplomacy, we can solve the most difficult issues and find practical solutions that are effectively implemented,” they said.

Lifting of the sanctions is expected to help Iran unfreeze billions of dollars of assets and sell oil internationally.

“The imposition of extensive sanctions and trade restrictions on Iran have crippled its economy in the past few years, particularly in the financial and energy sectors, significantly affecting the day to day lives of local Iranians and their businesses, in addition to foreign companies and individuals with an interest in investing in the country.

“Since the JCPOA was agreed in July last year, we have seen dozens of multinational companies extending their efforts in Iran, all of which have been jockeying for pole position in an effort to become an exclusive trade partner with Iran. This untapped market, with a large young population, offers investors exciting prospects and Iran has been making a concerted effort to capitalise on this new interest,” he added.