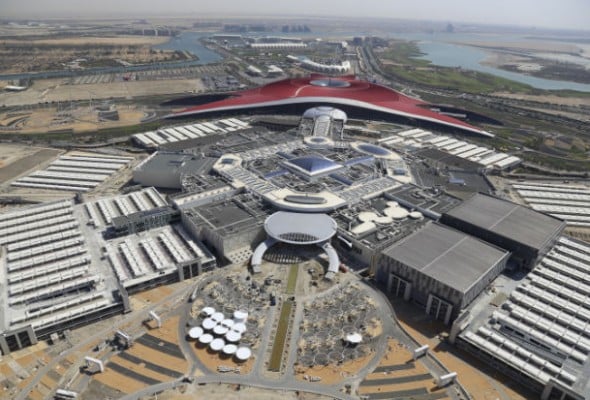 Among them will be the largest Debenhams outside of the UK; Abu Dhabi’s first Hamleys toy store, Cheesecake Factory and Angelina outlets; and the region’s first Lego Concept store and Rogo’s Rollercoaster Restaurant.

Yas Mall’s inauguration comes a day ahead of the 2014 Formula 1 Etihad Airways Abu Dhabi Grand Prix, which runs from November 20-23. The mall is also expecting to attract significant traffic over the festive and New Year periods.

Abubaker Seddiq Al Khoori, chairman of Aldar Properties, said: “The retail sector [in Abu Dhabi] has grown significantly, and now Abu Dhabi enjoys the largest retail development pipeline across the GCC. We are very pleased to open Yas Mall today which is set to add significant value to Abu Dhabi’s many leisure and entertainment attractions.”

Located on Yas Island, Yas Mall is close to attractions such as Yas Marina Circuit, Yas Links, Yas Park and Yas Water World and also has a direct link to Ferrari World.

Targeting tourists and residents, the mall is expected to attract around 20 million visitors during its first year of operation, according to Talal Al Dhiyebi, executive director of asset management of Aldar Properties.

“There are a number of residential communities around the region which have been traditionally underserved in terms of quality retail and they will be backing us,” he told reporters earlier this year.