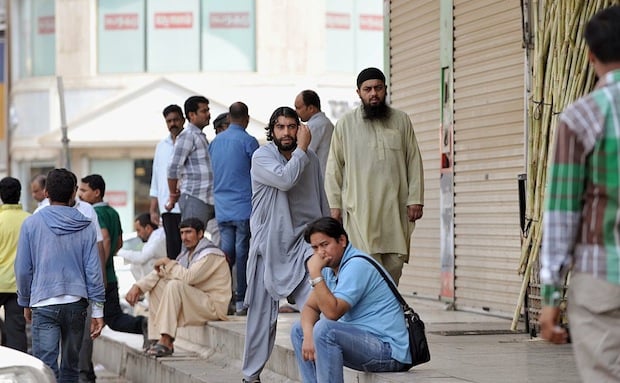 A total of 572,488 illegal foreign workers have left Saudi Arabia during the current amnesty campaign, the Passports Department has said.

The kingdom began the 90-day amnesty on March 29 to allow labour and residence visa violators to leave without penalties. It has since extended the period by one month.

Saudi Gazette cited the department for the figure. It was quoted as saying more than 12,000 expats that left voluntarily have since come back to work legally in the kingdom with new visas.

The rules of the campaign allow violators to leave without being fingerprinted at departure, meaning they can return if they wish.

Around 50 reception points have been established to complete departure procedures and violators have been warned they will be jailed and penalised with fines and jail time if they register but do not leave.

Previous estimates had suggested that at least one million migrant workers would leave the kingdom during the amnesty period but this now seems unlikely unless there is a sudden surge before the deadline on July 25.

Following the amnesty period, the kingdom is expected to begin a crackdown on illegal workers.