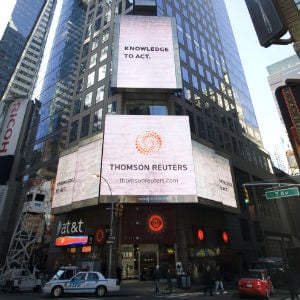 Zawya, an online business intelligence platform operating in the MENA region has been bought by international business news agency Thomson Reuters for an undisclosed amount, it was announced today.

Saffar, a financial investment group that had the majority stake in Zawya, led the sale.

Zawya provides business news, research and analysis in the MENA region and has a partnership with Dow Jones Newswires, part of News Corp.

“We are very happy with the transaction,” Micheal Hewitt, CEO of Saffar Capital told Gulf Business. “It’s a significant amount that we have made for our shareholders and investors,” he said without revealing any numbers.

“We made the investment in end 2001when Zawya was a young company. I think it was very bold investment for that time because it was right after September 2011 and it was not long after the internet bubble blew up for the first time in the US.

“But it’s been a very successful investment and the company grew extremely well throughout its history,” he said.

The company received a lot of interest from investors, and the sale process was a competitive one that involved many different interested parties.

Ihsan Jawad, vice chairman of Zawya, said: “As entrepreneurs, we are proud to have founded and built one of the leading internet companies in the Middle East. We are also pleased that our focus on quality from day one has made Zawya fit for a global player like Thomson Reuters”.

Arma Partners was the exclusive financial adviser to Saffar, and SNR Denton and Maples & Calder acted as legal advisers on the sale.