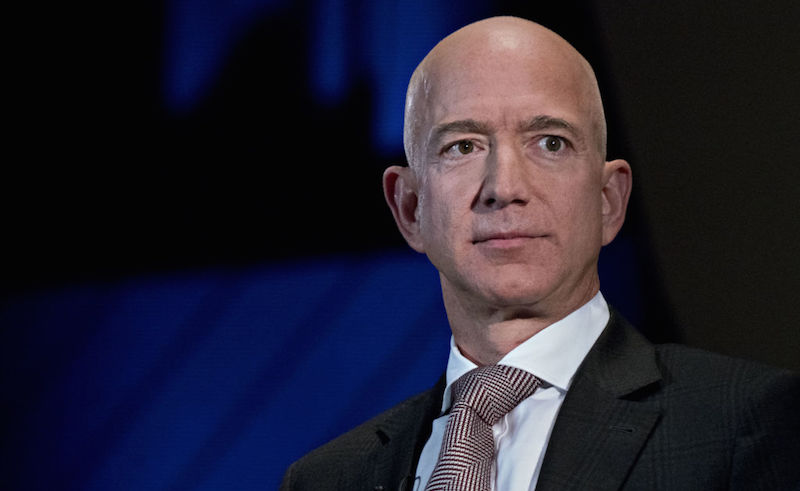 The leveraging of a giant social-media presence, a catchy tune about a family of sharks and a burgeoning collection of junkyards are just a few of the curious ways that helped make 2019 a fertile year for fortunes to blossom around the world.

Kylie Jenner became the youngest self-made billionaire this year after her company, Kylie Cosmetics, signed an exclusive partnership with Ulta Beauty Inc. She then sold a 51 per cent stake for $600m.

It has been almost two months since the Washington Nationals captured their first World Series championship, but people around the world are still singing along to the baseball team’s adopted rallying cry: “Baby Shark, doo-doo doo-doo doo-doo.” The Korean family that helped popularise the viral earworm are now worth about $125m.

Even car wrecks proved to be a treasure trove. Willis Johnson, the gold-chain-wearing Oklahoma native who founded Copart, has amassed a $1.9bn fortune by building a network of junkyards to sell damaged autos.

The emergence of atypical fortunes underscores just how much money the uber-rich accumulated in 2019.

And the richer they were at the start of the year, the richer they got. The world’s 500 wealthiest people tracked by the Bloomberg Billionaires Index added $1.2 trillion, boosting their collective net worth 25 per cent to $5.9 trillion.

Such gains are sure to add fuel to the already heated debate about widening wealth and income inequality. In the US, the richest 0.1 per cent control a bigger share of the pie than at any time since 1929, prompting some politicians to call for a radical restructuring of the economy.

“The hoarding of wealth by the few is coming at the cost of peoples’ lives,” Representative Alexandria Ocasio-Cortez, a self-described democratic socialist, said in a Dec. 12 tweet as the UK began to vote.

Still, the defeat of Britain’s socialist opposition leader Jeremy Corbyn, whose campaign included attacks on billionaires and calls to “rewrite the rules of our economy,” gave an added boost to mega-fortunes.

Leading the 2019 gains was France’s Bernard Arnault, who added $36.5bn as he rose on the Bloomberg index to become the world’s third-richest person and one of three centibillionaires — those with a net worth of at least $100bn.

In all, just 52 people on the ranking saw their fortunes decline on the year.

Amazon.com’s Jeff Bezos was down almost $9bn, but that drop is because of his divorce settlement with MacKenzie Bezos. The e-commerce titan is still ending the year as the world’s richest person after Amazon shares jumped on Thursday. The company reported a ‘record breaking’ holiday season with billions of items shipped and “tens of millions” of Amazon devices like the Echo Dot sold.

The 172 American billionaires on the Bloomberg ranking added $500bn, with Facebook’s Mark Zuckerberg up $27.3bn and Microsoft Corp. co-founder Bill Gates up $22.7bn.

Representation from China continued to grow, with the nation’s contingent rising to 54, second only to the US. He Xiangjian, founder of China’s biggest air-conditioner exporter, was the standout performer as his wealth surged 79 per cent to $23.3bn.

Russia’s richest added $51bn, a collective increase of 21 per cent, as emerging-market assets from currencies to stocks and bonds rebounded in 2019 after posting big losses a year earlier.

Rupert Murdoch’s personal fortune dropped by about $10bn after proceeds from Walt Disney Co.’s purchase of Fox assets were distributed to his six children, making them billionaires in their own right.

WeWork’s Adam Neumann saw his fortune implode — at least on paper — as the struggling office-sharing company’s valuation dropped to $8bn in October from an estimated $47bn at the start of the year. Still, SoftBank Group Corp.’s rescue package left Neumann’s status as a billionaire intact.

White Claw, the “hard seltzer” that was the hit of the summer among millennials, helped boost Anthony von Mandl’s net worth to $3.6bn.

Mastering the art of fast-food deliveries proved rewarding for Jitse Groen, whose soaring Takeaway.com NV lifted his wealth to $1.5bn.

Despite the widespread gains, plenty of the world’s richest people may be happy to wave farewell to 2019. The year included messy details of the Bezos divorce and the Jeffrey Epstein saga, which enveloped a who’s who of financiers and entrepreneurs, after the convicted pedophile arrested in July by federal agents after stepping off his private jet at Teterboro Airport in New Jersey.

Through it all, their bank balances remained robust, as a record bull market got a December kick with an easing of trade tensions between the U.S. and China, a resolution to Britain’s political stalemate and a blowout U.S. jobs report.