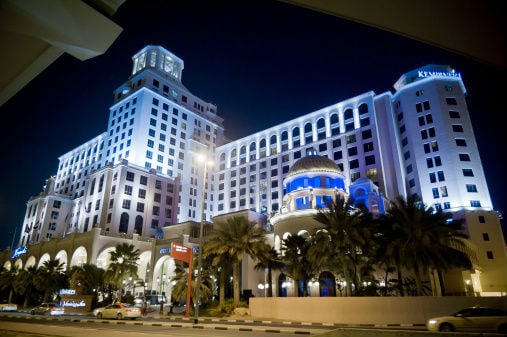 The report focused on seven regions and two core strategies, revealing the key tourism trends for each.

The top nine emerging travel and tourism trends are:

Middle East: Rise of Shopping Hotels
Big spenders with cash to splash are driving the trend for Middle Eastern hotels to be built inside shopping malls. Wealthy consumers from the likes of Bahrain and Saudi Arabia have plenty of disposable income and love shopping, thus mega-malls in the Middle East are booming. Shopping malls and associated hotel developments are key elements in the recovery of travel and tourism in the Middle East, which saw a difficult year in 2011. However, visitor numbers are expected to rise in 2012 and 2013, as the impact of the Arab Spring eases.

Africa: Destination Nollywood
The increasing popularity of Nollywood in many African countries will be a major growth driver with the leisure sector attracting film fans. Arrivals to Nigeria are expected to record a 3 per cent CAGR over 2012-2016, mainly due to intra-regional tourism fuelled by expanding African economies.

Americas: The Attraction of Forbidden Lands
Since 2010, previously off-limits countries became open to American tourists, hoping to benefit economically from the additional source of tourism revenue. Caroline Bremner, Euromonitor International’s head of travel and tourism research, said: “It’s a small but growing market. Most US visitors to previously banned countries are expected to come from the Baby Boomer generation because this market has the time, money and preference for more active and off-the-beaten track holidays.”

UK: Tingo Tips up the Rule Book
The UK is a mature online market, with strong online travel retail sales. To remain competitive, travel companies are re-thinking old business models, giving a more central role to consumers.
One example is Tingo, a site that automatically rebooks travellers’ reservations when there is a price drop for booked rooms, up to 24 hours before check-in.

Asia: Car Brand Takes on Hotels
With the outstanding performance of Asian hotels, upmarket brands from sectors such as motors and fashion are seeking to enter this market. Leading the way is Tonino Lamborghini, son of the founder of the famous car manufacturer. There is significant growth potential present in the region for luxury branded hotels, especially in China, expected to post hotel sales growth of 7 per cent compound annual growth rate 2012-2016.

India: Gold Rush on Low Cost
Tourism in the Middle East is mining a rich vein of success thanks to an influx of Indian tourists buying gold. While travel between India and the Middle East has long been popular, the recent surge of low-cost flight options has opened up new travel opportunities for gold fans. Trips from India to Gulf countries are forecast to post a compound annual growth rate of almost 7 per cent over 2012-2016.

Global Village: Digital Detox
In a time when technology is an intrinsic part of everyday life, with more consumers addicted to their devices, some hotels are going against the tide, helping guests to check in and switch off. Some hotels are offering “technology-free” packages as an escape for busy travellers.