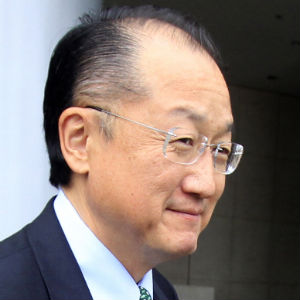 Kim, a physician and anthropologist who makes for a somewhat unorthodox choice to head the global anti-poverty lender, won the job over Nigeria’s widely respected finance minister, Ngozi Okonjo-Iweala, with the support of Washington’s allies in Western Europe, Japan and Canada – as well as some emerging economies.

It was the first time in the World Bank’s history that the United States’ hold on the job was challenged.

The decision by the World Bank’s 25-member board was not unanimous, with emerging economies splitting their support. Brazil and South Africa backed Okonjo-Iweala, while three sources said China and India supported Kim.

Kim, 52, who is president of Dartmouth College, will assume his new post on July 1 after Robert Zoellick steps down as head of the World Bank.

“I will seek a new alignment of the World Bank Group with a rapidly changing world,” Kim said in a statement.

He said he would work to ensure that the World Bank “delivers more powerful results to support sustained growth; prioritizes evidence-based solutions over ideology; amplifies the voices of developing countries; and draws on the expertise and experience of the people we serve.”

Okonjo-Iweala congratulated Kim and said the competition had led to “important victories” for developing nations, which have increasingly pushed for more say at both institutions.

Still, she said more effort was needed to end the “unfair tradition” that ensured Washington’s dominance of the global development lender.

“It is clear to me that we need to make it more open, transparent and merit-based,” Okonjo-Iweala said. “We need to make sure that we do not contribute to a democratic deficit in global governance.”

Some development experts criticised US President Barack Obama’s choice as lacking the economic and financial credentials needed to respond to the needs of rising middle-income countries, which are still riddled with poverty but which are increasingly looking for innovative ways to finance their development.

The US said the process was open and transparent, but a number of emerging nations questioned whether candidates were assessed on their nationalities rather than on their merits, as World Bank members countries had agreed in 2010.

The US has held the presidency since the World Bank’s founding after World War Two, while a European has always led its sister institution, the International Monetary Fund.