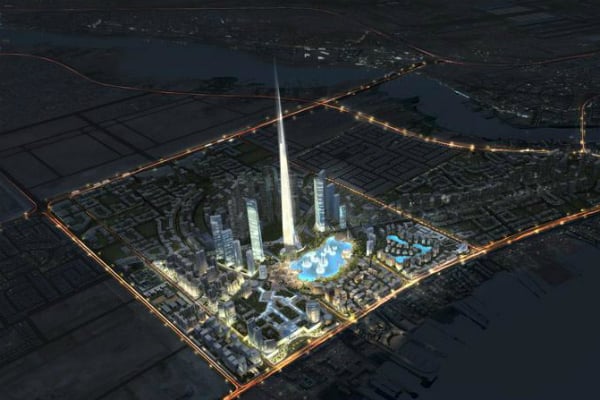 Construction of the world’s tallest skyscraper in Jeddah is going ahead, the head of the consortium behind the $1.5bn project said, despite the detention of some businessmen backing the plan in Saudi Arabia’s crackdown on corruption.

His comments were a sign that the government is trying to prevent the purge from disrupting major economic development schemes, even as authorities seize billions of dollars of assets from detainees in settlements of allegations against them.

“We have faced delays. In projects of this magnitude you always have delays — I hope we’ll recover the delays we’ve had. We will be open for business by 2020, hopefully,” Mounib Hammoud, chief executive of Jeddah Economic Co (JEC), said in an interview.

JEC is owned by Saudi investors including Kingdom Holding Co, which has a 33 per cent stake, and construction giant Saudi Binladin Group, which has 16.6 per cent and is the project’s main contractor. Both those companies were affected by the corruption purge.

Kingdom’s owner, Prince Alwaleed bin Talal, was detained for nearly three months before being freed in January. He insisted publicly he was innocent of any wrongdoing, but Saudi officials said he agreed to an undisclosed financial settlement after admitting to unspecified “violations”.

Binladin chairman Bakr Bin Laden and some family members were also detained, and the firm said last month that part of their shareholdings in it might be transferred to the state in a settlement. Most or all of the men have now been released.

The government said last week that financial settlements reached with dozens of people totalled over $100bn so far, and that assets including real estate, shareholdings, securities and cash were being seized.

Hammoud said there had been no changes in ownership of the JEC, however.

Binladin has been hurt by financial difficulties in the past couple of years as the construction sector has slumped. But Hisham Jomah, chief development officer of the project, said Binladin retained enough manpower and technical capacity to build the record-breaking skyscraper.

The Jeddah Tower, featuring residential and hotel space as well as shopping facilities, is projected to be over 1,000 metres (3,281 feet) tall, eclipsing Dubai’s Burj Khalifa, which is currently the world’s tallest building at over 828 metres.

Construction has reached the 63rd floor and the superstructure – the concrete shell and the cladding – is to be completed next year, Jomah said, adding that delays in some areas were inevitable because of technical challenges.

The concrete mix has to be approved by a structural engineering firm in Chicago every month, given the potential impact on it of Jeddah’s changing temperatures and winds, while experts must check almost every week that the tower is 100 percent vertical.

“Between theory and application, what has been designed and what is actually on site – that is quite another world,” Jomah said.

JEC will sign this week a contract with power utility Saudi Electricity Co to build a 134 megawatt substation to serve the project, Hammoud said, adding that his company had begun negotiations with investors to build hotels at the site.