by Saj Ahmad and Simon Elsegood 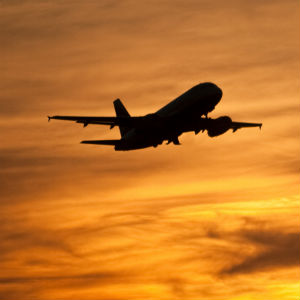 In the airline industry, liberalisation leads to substantial economic benefits and traffic stimulation. Open skies for Saudi Arabia means that local carriers will be required to compete more effectively and operate more efficiently, optimising their networks and fleets, bringing the cost of travel down.

Despite being the largest country in the Middle East, Saudi Arabia’s airline network remains comparatively underdeveloped. There is simply more demand for air travel than the two existing local airlines can supply, particularly outside of the major cities.

In Saudi Arabia in 2011, travel volume swelled to 54.5 million passengers, a growth of 13.6 per cent over 2010. Aircraft movements increased just 6.1 per cent, including a healthy increase in movements by foreign airlines at Saudi Arabia’s major international airports.

Despite local liberalisation in 2007, Saudia effectively still occupies a position of monopoly power in the domestic market. In 2011, Saudia handled 94 per cent of domestic passengers and this market share has actually increased over the last two years.

One local airline, Sama, shut down in 2010. The remaining competitor nasair has progressively reduced domestic operations, in favour of higher yielding international flights. The domestic fare cap and favourable subsidies given to Saudia make it difficult for private carriers to compete as it prevents them offering some higher fares to offset the very low entry price levels.

Allowing foreign airlines into KSA will not hinder growth of domestic carriers. If implemented properly, liberalisation should lead
to lower fares and better service, stimulating travel and creating a bigger pie. With KSA investing $20 billion in its airports over the next decade, opening its skies is essential.

Opening up the sector to new competitors is a great move. But it’s a move that will almost certainly cause consternation and worry for the likes of Saudia and nasair.

On the one hand, the Saudi policy effectively allows non-Saudi airlines to come in and start both domestic and international services, pitting them head-to-head with the domestic incumbents and on the other hand, it does nothing to promote the existing Saudi airlines.

The more recent development to offer discount fuel to these new market entrants also borders on the sheer ridiculous.

You cannot foster competition via artificial massaging of open market fuel costs — otherwise what happens when that incentive is shrunk or removed because fuel and oil costs rise? It results in a price hike that directly hits customers and stifles demand.

Further, the likes of Saudia are undergoing a fleet and structural revamp to become more efficient and to broaden their international appeal.

But if they have to compete against a third party, subsidised non-Saudi airline that has the advantage of gaining favourable slots and flight route access from Saudi Arabia to other destinations, that unfair edge could drive Saudia back into regression.

There is no region in the world that I can think of that has embarked on such a bizarre policy.

While opening up one’s territory is a challenging yet daring move to make, it’s only sustainable, if free from government intervention — and in this case being advocated by the Saudi authorities, it doesn’t look like there is any longevity to this, let alone any tangible evidence that pricing would favour consumers at all.