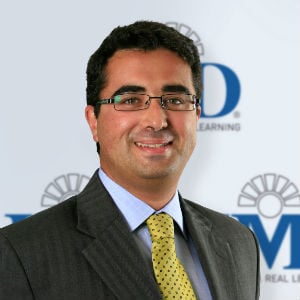 So how much is Twitter worth? In announcing plans to go public, Twitter filed with the SEC for a $1 billion initial public offering. Given the small number of shares offered, this puts an overall valuation of Twitter close to $15 billion.

Twitter reports having 215 million users and revenues of $317 million in 2012. But what is Twitter’s real value?

Twitter is a company with two key drivers of value: a good user base and information about the tastes of these users. The question is whether and how they can convert this potential into profits. And how quickly.

Without detailed financial statements, analysts are using rudimentary valuation estimates based on revenue multiples, the easiest financial metric to estimate. Twitter will have revenue of about $600 million this year and a projected $1 billion next year, according to e-commerce marketing firms. Facebook trades at about 15 times its estimated 2013 sales, and LinkedIn trades at 17 times sales. Thus, for Twitter, which next year will be a $1 billion revenue company, a $15 billion valuation seems appropriate.

But there is just one problem. These calculations, using sales-multiples, assume that by some kind of magic, revenues will be converted into profits, and eventually even to shareholder value. However, the reality is that Twitter isn’t profitable and never has been. The company reported net losses of $79 million last year and $69 million for the first half of this year (its losses widened during the first half of this year to $69 million, up from $49 million in the first semester of 2012). More complex models of valuation would imply a negative value for Twitter.

As acknowledged in the SEC prospectus, “We anticipate that our user growth rate will slow over time as the size of our user base increases.”

Now, let’s make an evaluation that assumes a compounded revenue growth rate of 55 per cent for the next five years (that is, assume it will be able to grow from 2014-2019 at the same rate as in 2014), and then a scaling down of that growth rate to the nominal growth rate in the economy over a 10 year period (that is, a gradual reduction of growth by approximately five per cent per year over the 2018-2027 period).

In this scenario we also assume that Twitter will be able to generate operating margins of 30 per cent (that is higher than Google and Facebook), and will require only moderate investment to sustain its growth (10 per cent of revenues, whereas Facebook and Google have required more than 25 per cent over the past years). This effectively means that Twitter will be able to generate about $10 million in revenues for every million in additional capital investment.

It’s also good to have a reality check on the numbers. The above assumptions imply that in 2025, Twitter will have revenues of $27 billion. Assuming half of the world’s population will be on Twitter (four billion people) leads to an estimated value per user of about $7. In 2012, there were 2.4 billion Internet users worldwide, and Twitter revenue per user was less than $2.

While the assumptions here may strike you as extremely optimistic, the full Twitter valuation, according to them, is close to $10 billion (the IPO is planned at a value of $15 billion). In reality, Twitter’s margins will come under pressure as they actively seek out more revenues. Also, growth is likely to require more investment than the ones assumed above.

Of course, one could have more optimistic assumptions, that more than 50 per cent of the world population is going to use Twitter, and that they are going to be generating even higher revenues per user. If that is the case, the $10 billion I estimated, would be revised upwards. However, it is also possible that a less optimistic scenario happens.

As we move beyond tweets and to a real business model, such optimistic assumptions on Twitter’s future have some strong implications on how Twitter does things.

Charging for corporate pages, a model typically used by phone companies with directories, is key for Twitter. Twitter would be free to individual users but subsidized by businesses. But this can prove challenging as Twitter has to be careful about making its focused advertising too obvious to users. To make more money, Twitter will need to show many more ads, which runs the risk of alienating users accustomed to seeing relatively few ads in their tweet feeds.

And there are additional challenges to Twitter’s business model, and its ability to grow at fast rates:

– Less than 5% of users account for 75% of all activity on Twitter
– More than 60% users did not login over the past 30 days
– Twitter is being accessed more often on mobile devices, rather than fixed PCs and the propensity for advertising on mobile devices is lower

In addition to these challenges, we are likely to see a more competitive landscape in the online advertising world. The competition for user-linked dollars is high and it is starting to impact margins. Almost all social media sites show lower profit margins in 2013, when compared to 2012 and prior years (Google’s margin in the first semester of 2012 is down to 22 per cent, from 28 per cent in 2012).

As much as Twitter proves to be a great innovation for communication, it may prove to be an expensive investment for those buying in the IPO. The IPO valuation reflects assumptions that Twitter will become a phenomenal success, and show an amazing growth. Assumptions are optimistically high, and anything less than that will be seen as a failure.

The biggest problem with Twitter’s IPO is simply the potentially overvalued price given the company’s financial future as it can currently be forecasted.