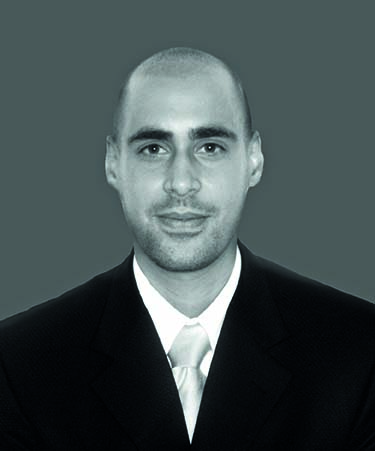 Nearly all of the countries in the Arab World have adopted development of a knowledge-based economy as a policy objective to meet economic, political, and social objectives.

The potential risk of Arab economies failing to effectively contest knowledge-based industries by not factoring in the globalisation of knowledge is reminiscent of the story of Muhammad Ali’s attempt to industrialise Egypt through the establishment of a textile industry in the 1800s.

In 1819, Muhammad Ali began an industrialisation drive using imported foreign technicians, which led to the establishment of 30 modern factories for textile manufacturing. By 1830, these factories employed 30,000 but within a decade all the factories had failed due to lack of technical skills, European competition, and increased production quality in Europe.

In today’s global economy, a key question is whether Arab economic development strategies based on the transition to knowledge economies have sufficiently taken into account the changing economic environment where knowledge is becoming cheaper and commoditised by emerging economies.

Decreasing pressure on wages due the globalisation of knowledge industries and growth in high skill, low-cost talent in emerging countries challenges the assumption that more education, higher levels of skills, and national labour markets can provide prosperity to Arab citizens and nations.

Nations that have pursued economic development strategies to capitalise on offshoring have generally employed either a strategy based on the export of low-cost and high-end knowledge-based services or alternatively low-cost export-oriented manufacturing strategies.

Knowledge and business process and manufacturing outsourcing represent cost minimisation strategies pursued by companies, so wages in outsourced sectors face persistent compression forces from many countries which are in line to offer the lowest wages possible to secure employment for their citizens and spur economic growth.

A recent ranking of the attractiveness of the top 50 global service offshoring locations shows that competition is not only coming from the BRICS, but from many countries in Southeast Asia, the Baltic States, Eastern Europe, and Central and South America. However, only five Arab countries, Egypt, Jordan, Morocco, Tunisia, and the UAE, appear on the ranking.

With increasing cost competition in knowledge-based industries from emerging countries, the less resource wealthy Arab countries could feasibly follow a development trajectory grounded in selective participation in knowledge-based and manufacturing industries in which they have a cost advantage and have or can develop quickly sufficient workforce skills to compete against emerging country rivals.

However, the high wage structure of Gulf labour markets is at odds with the emergence of high skill, low-cost knowledge workers in other countries and attempts by global companies to minimise costs through outsourcing. While leapfrogging into some of the more innovation-driven, high skills knowledge-based industries might be a long-term vision for Arab countries, this kind of development trajectory ignores the need to create jobs now and provide immediate economic opportunities for youths.

The low levels of regional R&D and innovation led to substantial expenditures in the Nineties on critical components necessary for innovation systems, research, market-oriented R&D, and entrepreneurship such as educational systems, research, business incubators, funding institutions, and professional societies.

An important question for the Arab World to answer in making such investments is how much of a risk creative destruction poses for high skill, high wage job creation since continually innovating economies present both employment opportunities for workers in new industries who have the right skills as well as failed dreams for those who do not have the right skills, experience, or education.

Contrary to what the region’s economic development strategies suggest, the future of the Arab dream is very much reliant not only on what happens nationally and regionally but what happens globally in terms of increased economic integration, availability of cheap highly skilled labor, rival competition for knowledge-based industries, demand for commodity exports, and the economic health of other countries.

While many international models of skills formation promote an exclusively market-based approach, several Arab countries view investment in human capital as a political and economic goal in which significant government intervention is warranted.

Yet, many previous attempts at skills formation policy have failed to address persistent skills development problems and do not present a comprehensive strategy to develop the skills of the national workforce as a whole. Despite the need for countries to adopt demand-driven approaches to skills formation, many of the countries in the region have pursued policies with no clear link between key stakeholders and specific economic outcomes.

The changing demands of knowledge-based economic development create a need for interdependence and collaborative networks for effective skills formation. The widespread regional pursuit of knowledge-based economic development is driven by policies that envision the emergence of high skill, high-wage economies that will create jobs. However, the global availability and growth of low-cost, high-skill workers potentially threatens the viability and economic fundamentals of sophisticated, innovation-driven knowledge-based industries taking root in the region if skills formation challenges are not addressed.

The need for a new approach

Arab skills formation system reforms must challenge the assumption that more education is always better. Particularly in non resource-rich Arab countries, governments must reconsider the full employment promise that hampers global competitiveness and aim to reduce wage inequality; this will help to determine the Arab world’s position in a global economy with emerging low-cost, high-skill competitors.

While some Arab countries are more suited to competing in a high-skill, low-wage global economy, other Arab countries which are unable to compete in high-skill, high-wage knowledge-based industries will need to adequately calibrate the expectations of their citizens regarding the types of jobs that will be available in the future. They will also have to account for the likely instability of salaries due to wage compression from competing low-wage, high-skill workers.

Efforts in the region to privatise education are prone to market failure if the jobs market is not studied in-depth beforehand. If knowledge-based industries fail to take root and lead to employment, many of the reforms and money spent on higher education expansion, education quality, R&D ecosystems, and entrepreneurial growth could be deemed inappropriately spent.

A copy of Tahseen’s recent study A Conceptual Model of National Skills Formation for Knowledge-based Economic Development in the Arab World can be downloaded here.