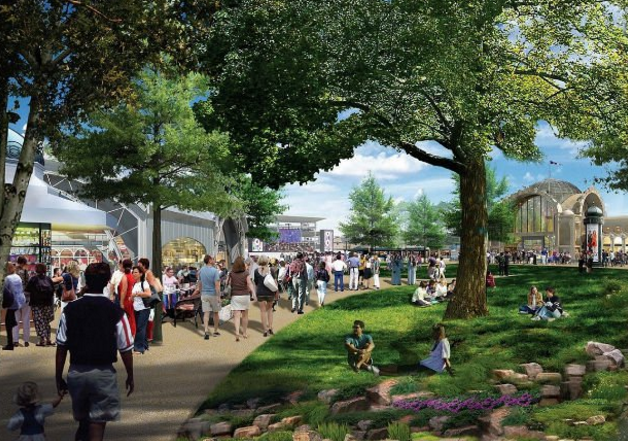 Some of this year’s biggest crises involved real estate – although not in the sectors traditionally regarded as valuable.

While many are still squabbling over which country emits more carbon and whether turning everyone vegan will make a difference in emissions, we saw fires in the Amazon Rainforest and other blazes in California that caused millions of dollars in destruction to property and infrastructure and unspeakable amounts of devastation to the wildlife living in the area.

When the conversation turns to real estate, we often think about the buying and selling of property, most commonly the trading of apartments, villas, land and even entire buildings. However real estate is a wide class and one that goes beyond just the value-add to the bottom line.

The fires in the Amazon and across California raise an important point and often an underserved part of the market – green spaces. The property that extends beyond the residential, commercial and retail spaces are important cultural, agricultural and common spaces. Our open fields, forests and parks as well as the blue spaces that constitute the sea are vital real estate – not easily bought or sold, but with intangible value.

As more space becomes urbanised, the amount of green space available for flora and fauna dwindles, and this is the case around the world. Certainly, any real estate developer looks at a parcel of land and seeks to aggrandise it so as to maximise its value by building on it.

Producing gains of 10, 20 or 30x is the job of a developer and creating public spaces for health, wellness and general well-being is the work of the government and a host of urban planners. According to the “Green Space Paradox” a theory developed by Wolch, Byrne and Newell at UC Berkeley,

“Whilst the creation of new green space to address environmental justice problems can make neighbourhoods healthier and more aesthetically attractive, it can also increase housing costs and property values.”

As residents of any city will understand, being a cog in the wheel of an urban jungle takes its toll on one’s physical and mental well-being. Having access to green spaces to run through or otherwise enjoy the scenery and fresh air in is vital for every city.

According to a study done in 2007 on spatial distribution and density of constructed impervious surface area (ISA), the countries that had the highest ISA per capita were found to be the UAE (379 ISA per capita in sqm) followed by Canada (352), Finland (322), the US (296) and Norway (234). (ISA is constituted as land that water cannot permeate, which means roads, parking lots, buildings, driveways and other man-made surfaces).

As the UAE’s population has more than tripled since 2007, its infrastructure has certainly kept apace. However, in an effort to increase the health and well-being of the city’s residents, Dubai Municipality has made gargantuan efforts toward improving this space.

While infrastructure to facilitate living spaces and transportation corridors is vital for any city’s resident population, urban planners need to consider what it means to live in a city and create open spaces before building new projects.

Considering that green spaces create tangible value, the choice between developing the type of building that creates pollution versus establishing an open public space is clear.