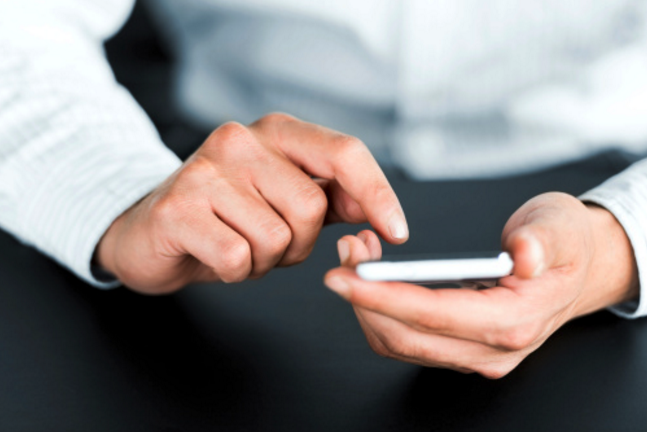 If you had to take a guess, how long do you think you spend per week checking emails? A few hours? Maybe even a whole day? The answer is about one-third of your working week.

That’s the amount of time American management consultancy McKinsey says we spend reading, organising and replying to emails. While that may sound like a lot of time when you consider that many emails can be digested and replied to within a matter of minutes – or even seconds – the fact is that we communicate via email a lot. Actually, we communicate via email way too much.

Rather unsurprisingly, the vast majority of email traffic is business-related, with around 100 billion of those emails sent each and every day – and many of us receiving well over 100 emails daily.

Yet far from being a productive use of our time, this constant checking and responding to requests and enquiries may actually be having a hugely detrimental impact on our wellbeing – raising our stress and anxiety levels and potentially causing both mental and physical health issues.

What’s most worrying is that in the uber-connected tech world in which we now live, the stress of the demands of email is no longer confined solely to the workplace. In the United States, over half of employed adults check their email at least once a day over the weekend, before or after work, or when they are off sick. Over 40 per cent also reported checking emails while on holiday. In other words, it never stops.

And it’s clearly a scenario that is mirrored across the globe – and one that recently caused a former advisor to the British Government, Sir Carey Cooper, to call for action against the “email epidemic” which he described as “not good for the health of the country.”

Why are we so eager to keep a constant eye on our inbox? For most of us, the emails they receive throughout the working day – and now well beyond it – act as a constantly evolving ‘to do’ list, pinging us with reminders about projects we need to chase or update and tasks we need to perform.

This means that many of us feel if we respond to each email straight away we are dealing with the task at hand, not letting our ‘to do’ list pile up and taking control of our schedule – even if, in reality, we may not be taking much control at all.

The reality is that it is an addiction of sorts that is driving us, a story that is told again by the numbers: We check our email accounts 37 times per hour on average – that’s almost once every 90 seconds.

Behind the theory of email addiction is the following: when we check our email, we expect a new message, but we do not get one every time. So we check again rather quickly, and this time with an even greater expectation than the last time. We repeat this process over and over until this behaviour is in fact rewarded with an email that needs a reply of sorts (or we tell ourselves we should reply right away – whether we really need to or not).

This is a common psychological concept called ‘operant conditioning’ in which behaviour is sensitive to, or controlled by, its consequences. The trap however is a rather obvious one: once our behaviours become counteractive to productivity, we lose. And I’d wager that considered in this light, the majority of us will admit we are on the losing side of the email battle.

How email is making us unhealthy

When we look at the reasoning behind our addiction to our inbox, it is not difficult to see why many of us think that simply firing off a quick reply is actually less stressful than letting our emails pile up. However, that could not be further from the truth, as a recent study by The University of California brought to light.

Participants in the study were blocked from accessing email for a period of five days while their workplace performance and heart rate were monitored. Not only did those taking part in the study complete their work more efficiently, they also experienced more natural variable heart rates than colleagues who had normal email access over the same period.

And it is far from the only study to draw such a conclusion. Research published in the Journal of Occupational Health Psychology also found that employees who reported higher rates of what it calls “telepressure” – the urge to respond to work-related messages immediately – also reported disturbed sleep, higher levels of burnout and exhaustion and more mental health-related absences from work.

Of course the pressure on us to always be available is only exacerbated by the flexible working world in which we now find ourselves, as the line between our personal and working lives becomes increasingly blurred.

A recent study by the University of Hamburg found that this lack of an “off-switch” – where business requests can reach the palm of our hand anytime, anyplace – has dire consequences for our health.

The researchers found that being constantly linked to the office by smartphones and other portable devices limits the sense of detachment from work, reducing our downtime and leading to employees feeling more tired and less relaxed. What is most worrying however, is the link the study made between being contactable outside official working hours and levels of the stress hormone cortisol.

The researchers also concluded in their paper for the Chronobiology International Journal that those who worked and responded to emails outside their normal working hours were more likely to complain of insomnia, headaches, fatigue, anxiety and stomach problems. Finally, the study highlighted a link between poor work-life balance and exhaustion, muscular complaints and cardiovascular issues.

Stress level are perhaps the biggest cause for concern here, cited by many as the biggest health crisis in the Middle East, with the erosion of work-life balance reported as the biggest factor at play in a recent workplace survey by the professional services company Towers Watson.

The consequences of stress can be severe, leading to anxiety, depression, high blood pressure and even heart failure. When we look at it in this light, it becomes particularly evident just how big a part email – which is also about being ‘always connected’ via technology – and the work-related stresses that come with it have to play in both our physical and mental wellbeing.

Who is in charge?

So even if we accept just how damaging email can be to our health, what exactly can we do about it? After all, for most of us it is an integral part of our daily routine. For me the problem here is not really email per se, but rather how we have incorporated it into our working lives. Rather than demonising email altogether, it is about making it work for us again rather than being a constant source of stress and interruption.

The first thing to tackle is getting out of the inbox checking habit – easier said than done for the “CrackBerry” generation, I know. If you can, close your email and turn off phone and device notifications. Essentially check on your terms, not its terms. Crucial is to remove the temptation to view your inbox every two minutes, and this is for many an actual addiction – as mentioned above – that has to be broken.

Another option is to think about email alternatives. New tools on the market, such as Slack are welcome alternatives which entire companies are using as a replacement to the traditional email comms.

And on that note, companies themselves can also try and encourage employees to reduce the amount of intra-company emails floating around – especially by discouraging habits such as over-using the CC function. If it is not absolutely essential that someone be copied in, don’t copy them in. And also along these lines, companies need to encourage their teams to resort back to the old-fashioned way of communicating – face-to-face.

At the end of it all, though, it really comes down to who owns who. Many of us are now slaves to our devices. As I am typing this on my computer, I have two phones sitting to my left staring me down. In a few hours I’ll be home but my mobile devices won’t be far from me (they will in fact be in my hand, pocket, or on the table next to me).

In other words, the solution to easing email is easing the comms in general. Take a break. Distance yourself from them – from these ridiculous devices. Your work will not fall apart. You will not miss the promotion. It’s the first step in getting a better balance in your work life and private life that will, ultimately, be to the benefit of both.