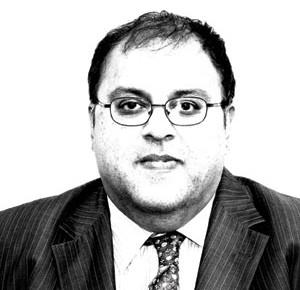 BMW is one of the world’s iconic emerging market companies, a testament to German engineering excellence, even though its Rolls Royce brand was hardly spawned in the Bayerische Motoren Werke factories in the Teutonic Fatherland.

As any visitor to Singapore or Shanghai will agree, Asians have embraced the fleet of BMW’s sedans, coupes and convertibles with a vengeance. Rolls Royce is a Hong Kong taipan accessory ever since the time when the SAR was a crown colony in Her Britannic Majesty’s Empire.

BMW sales in Asia were up an incredible 32 per cent last year with Chinese leading the growth.

At a time when Western Europe enters recession, BMW is a classic defensive auto exporter, though the spike in Euro/yen is a headwind for its sales despite its premium brand. Dealer incentives in Europe will have to rise, now that Volkswagen has increased sequential dealer discounts in Germany, the largest car market in Europe.

The fall in the yen, the hit to free cash flow from a European recession and a potential fall in earnings momentum all mean BMW shares could correct in 2013. This means it is entirely possible that the next spasm of risk aversion in Frankfurt leads to a correction lower to 62 – 64 euro, where compelling value exists for BMW shares.

Of course, China growth, pricing discipline, robust North America/the GCC/Russia and cost cutting all mean that BMW must remain a crown jewel of any longer term emerging markets consumer portfolio. After all, BMW traded at E60 in October 2012 so it is not unreasonable to expect a correction to the 62 – 64 euro level.

BMW is not expensive at nine times forward earnings. I expect BMW to trade in the 60 – 80 range for the next 12 months and remain the world’s preeminent luxury auto vendor.

I cannot see Daimler shares outperforming BMW in the next six months. Daimler’s pricing power has plunged in China since it raised dealer incentives to compete against BMW and Porsche. Daimler must also contend with the weakness in the European and Brazilian truck market.

Daimler made a strategic mistake a decade ago when it failed to invest in its Chinese dealer network, as BMW did to establish its first mover advantage. The C-class and S-class product launches cannot compensate for the weakness in trucks in Europe/Brazil.

In any case, Mercedez Benz operating margins are half those at BMW yet Daimler Benz trades at a slightly higher valuation metric at 9.5 times earnings. There is no real catalyst to trigger a valuation rerating in 2013 – 14, unlike the case with BMW.

Daimler Benz, after all, makes both Maybachs and Hero partnered trucks in India, holds and has stakes in defence firm EADS that makes little strategic sense. Daimler is far too exposed to Europe despite its historic global brand. Unlike BMW, Daimler faces the potential for a valuation derating.

In a column titled “Sterling will lose its sizzle”, I had recommended selling sterling against the dollar at 1.62 last September. Sterling has now fallen to 1.56 against the dollar and is still vulnerable. Austerity has triggered another double dip recession in the UK, the EU referendum is negative for political risk in Westminster and the Bank of England will be forced to accelerate its gilt buying programme.

Bill Gross of PIMCO, the fabled Bond King of Wall Street, has publicly forecast a lower sterling against the dollar and the euro. This means 1.52 on cable and 0.90 Euro/sterling is not at all unrealistic by year-end 2013. Sadly, sterling has lost its sizzle!