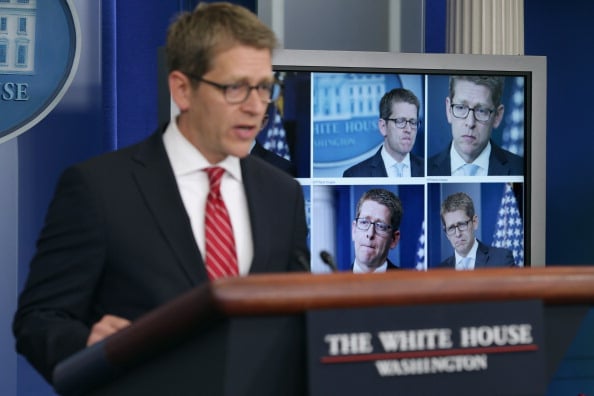 The White House said on Monday it is not in the best interests of the United States to immediately change its aid program to Egypt, where President Mohamed Mursi was removed from office by the military last week.

The U.S. government is not yet prepared to label the Egyptian military’s overthrow of the government as a coup, a decision that would determine whether U.S. aid to the country would continue, White House spokesman Jay Carney said.

“There are significant consequences that go along with this determination and it is a highly charged issue for millions of Egyptians who have differing views about what happened,” Carney told reporters at a briefing.

“We are going to take the time necessary to review what has taken place and to monitor efforts by Egyptian authorities to forge an inclusive and democratic way forward,” he said.

The State Department called on the Egyptian army to exercise “maximum restraint” in dealing with protesters after at least 51 people were killed when the military opened fire on supporters of Mursi on Monday.

“We strongly condemn any violence as well as any incitement of violence,” State Department spokeswoman Jen Psaki told a briefing. “We call on the military to use maximum restraint responding to protesters, just as we urge all of those demonstrating to do so peacefully.”