Where Were You When Dubai Won The Expo 2020? - Gulf Business 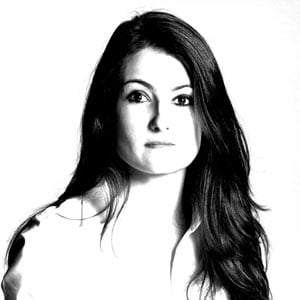 So here I write to you after a long evening at the Capital Club, followed by the What’s On awards in Dubai Media City. Frankly, it was a colossal night of partying!

But what could have been an ordinary evening of high-jinks soon became the setting for ‘where were you when Dubai won the Expo?’

And considering all the hype, national bravado and confident predictions from top CEOs, all I can say is thank goodness we did win it! No humble pies needed.

All those articles Gulf Business has written over the past few months on ‘what if’ now become ‘what now’ and ‘how’.

Most of us already know about the multiple benefits that hosting the event will bring the country – 222,149 jobs, 1098 hotels, 20 million tourists… we can almost reel them off by rote.

We’re also well aware of the potential risk of inflation, soaring rents and bumper-to-bumper traffic. Whether UAE Minister of Economy Sultan al Mansouri keeps his promise of ‘no bubble’ remains to be seen.

All that’s left to say is that we will see over the coming months and years how much of the hype and hearsay becomes reality.

Last night it was great to report live from the Capital Club in the midst of the city’s top CEOs.

What struck me most about the Expo announcement was the obvious multicultural spectator unity, it was the first time in five years here I’ve seen different nationalities come together and cheer for a common cause.

As anyone who has ever run a Dubai marathon knows, for example, there’s often very little spectator engagement and zero atmosphere. Last night was a different story.

As Ranjit Roy, head of financial institutions group, Middle East at ANZ, told me last night: “For the first time I feel Dubai is united, you can feel a fabric forming and that’s unusual for a young country.”

He’s right. It is unusual for a 42-year-old country with an 85 per cent expat population to join together so ebulliently for a common cause.

Last night’s live feed was slow at the Capital Club, so how did I find out about the win? Through the cheers that erupted behind me – from Pakistanis, UAE nationals, Aussies, Americans, Brits, Danes and Indians to name a few.

Now, that’s not a scene you see anywhere else in the world. That’s Dubai’s unique strength.

Whether that sentiment will last remains to be seen, but it was an honour to be a part of the story and tell the story.

So the big question is: will last night’s revellers still be here in 2020? And will you?