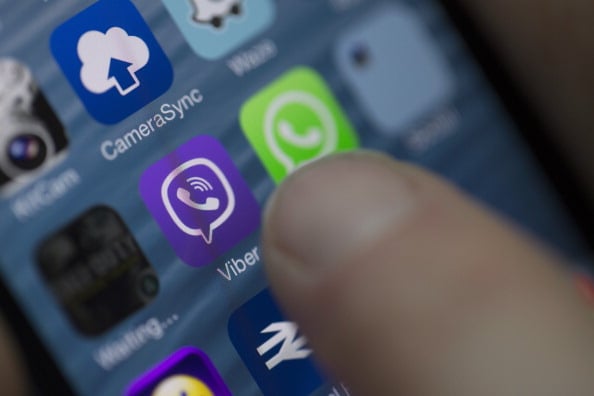 The rapid rise of OTT players such as WhatsApp and Viber has not hurt the revenues of Omani telecoms player Ooredoo (erstwhile Nawras), the company’s CEO has said.

Speaking to Gulf Business, Greg Young said that traditional telecoms operators and the new OTT players share a kind of partnership model where neither can grow and prosper without the other.

“We look at those applications and services as an important and necessary part of helping grow our businesses, helping grow access to some of the ways to interact.

“Those companies would not be able to continue to grow if it wasn’t for the investment that we were making in our infrastructure, likewise we are getting increasing benefits as well because they are driving internet access and usage and that helps our revenues.”

Telecom authorities in the GCC region have been cautious about allowing the entry of VoIP players, since they expect the new mediums to hurt revenues of traditional operators.

While services such as Skype and Viber are banned in Saudi Arabia and the UAE, Oman blocks Skype but permits Viber to operate.

Messaging service WhatsApp, which was recently bought by Facebook, is also allowed in the tiny Gulf state, but Oman’s Telecoms Regulatory Authority said it would re-scrutinise the service if voice calls are added.

Young admitted that the company’s revenues have been affected by these new mediums, but asserted it was a positive move.

“We have seen an impact to our revenue mix – there’s no question about that – if I look back three to five years ago, the majority of our revenues were coming from voice and SMS messaging. Now 40 per cent of revenues are coming from data and that could reach 50 per cent in another 12 months,” he said.

“While the change in revenue-mix will continue, we don’t anticipate that these companies will have a negative impact,” he added.

However, he also urged OTT players to appreciate the important role that local telecom players played in furthering their businesses.

“It’s certainly a fair statement that the arrival of these services and apps does put interesting demands on our network in terms of traffic and usage patterns.

“It places additional demand for investment and growth of capacity and this needs to be recognised by these entities, because in most cases, these companies operate from other parts of the world. They don’t pay local taxes, royalties and don’t undertake CSR activities that contribute to the welfare or upliftment of the economy in a given country,” he explained.

On the other hand, companies like Ooredoo invest heavily back into the community to help build the country.

“We sponsor local sports and other talent and help bring the internet and services to schools. So we are investing heavily back into the community and that’s not an area that typically many of these companies, operating from overseas, take part in.

“They enjoy a lot of profit but often they don’t give much of that back to the local community where they generate it from,” he added.

The full interview with Greg Young will be published in our December issue.